This New Solar Panel Innovation Could Get the U.S. to 100% Solar 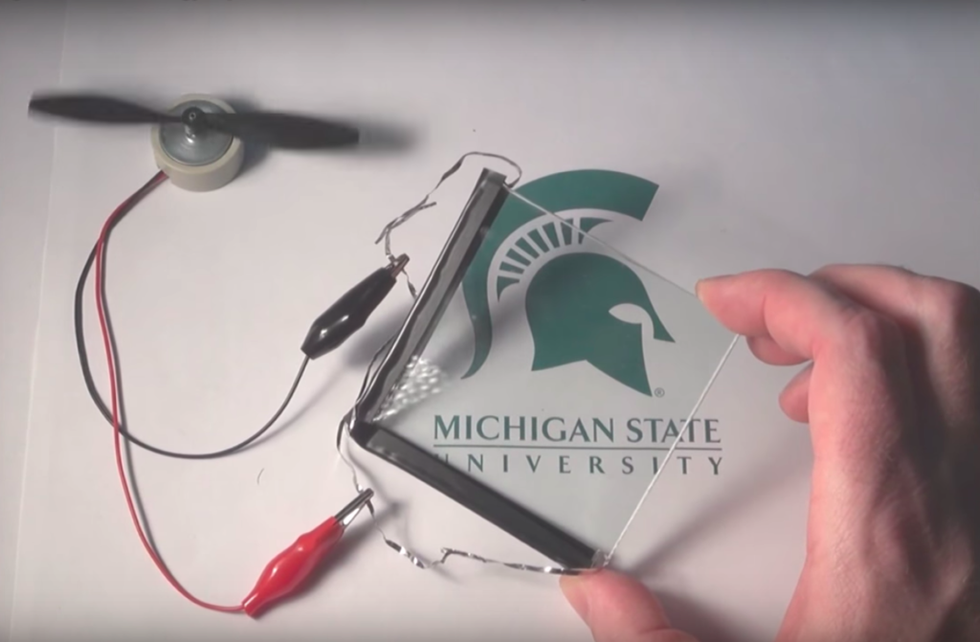 See-through solar panels may harvest enough energy to power nearly all of the United States’ energy demands, according to a study published late last month in Nature Energy. Currently, less than 1.5 percent of electricity demand in the United States is met by solar power—a percentage that has remained relatively steady over the past decade even as the cost of solar panel installation has gone down.

“Highly transparent solar cells represent the wave of the future for new solar applications,” said Richard Lunt, a professor at Michigan State University and the lead researchers on the paper.

The key benefit of these see-through panels is that they are more flexible than bulky rooftop models. They are small enough to fit in the palm of your hand—and the researchers hope that someday they will, in the form of the screen of your smartphone. The panels could also be affixed over existing windows in buildings, cars or planes without compromising the view and without having to replace windows and screens.

“[B]y harvesting only invisible light, these devices can provide a similar electricity-generation potential as rooftop solar while providing additional functionality to enhance the efficiency of buildings, automobiles and mobile electronics,” said Lunt.

The solar cells use organic molecules developed by the researchers to absorb invisible wavelengths of sunlight and then convert the ultraviolet and near-infrared wavelengths into electricity.

The researchers speculate that the transparent solar material will never be quite as efficient as the stationary rooftop variety of solar panels. At current levels, the rooftop panels are about 15-18 percent efficient, while the see-through panels are about five percent efficient. But the researchers also note that see-through technology is still new, and they hope to be able to increase their energy storage capacity three-fold in the coming years.

Because of the sheer number of surfaces these see-through panels can be affixed to—researchers estimate that there are 5 to 7 billion square meters of glass surface in the United States that could be tapped for energy—that amounts to a lot of energy. At current efficiency, the panels could be affixed to these glass surfaces to account for 40 percent of the country’s energy demand. At the hoped-for levels of efficiency, nearly 100 percent of the country’s energy demand would be met.

“That is what we are working towards,” said Lunt. “Traditional solar applications have been actively researched for over five decades, yet we have only been working on these highly transparent solar cells for about five years. Ultimately, this technology offers a promising route to inexpensive, widespread solar adoption on small and large surfaces that were previously inaccessible.”