The Man Behind the 'Raw Water' Craze Just Explained Why He Started It, and It Sounds Even Worse Than We Thought 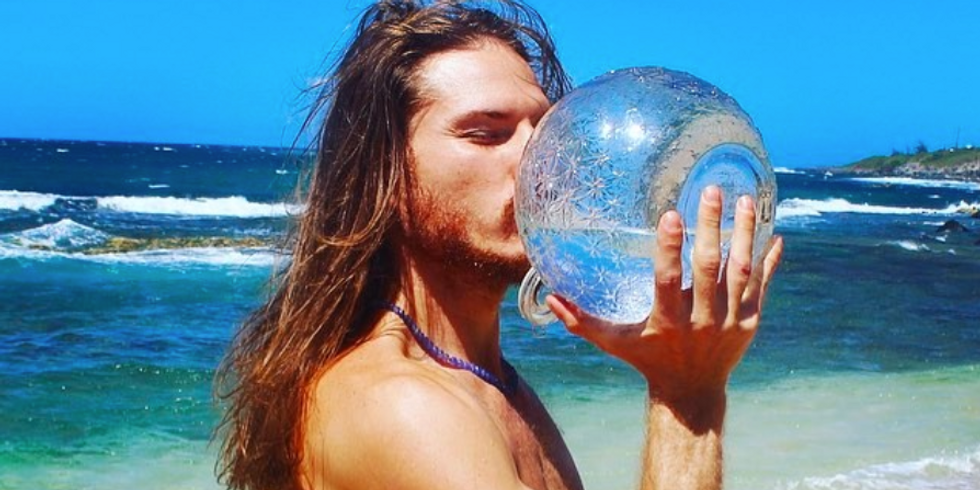 Do you long for the good old days? When times were simpler, the pace was slower. You know, the days before water was treated to eliminate deadly diseases like E.coli and cholera? Well then, Silicon Valley has the trend for you: raw water.

Raw water is unfiltered, untreated, unsterilized spring water that will set you back upwards of $37 a jug. That is, if you can find it. It’s in such high demand in the Silicon Valley area that it’s often out of stock.

Now you never have to worry about how to transport fragile glass. Our 1 gallon Globe and 1 liter Orb coming soon! https://t.co/JNzlRlpPFS
— Alive Water (@Alive Water) 1497576705.0

Singh is a long-haired, posture-perfect guru-type who said that “real water” should expire after a few months. “It’s most fresh within one lunar cycle of delivery,” said Singh. “If it sits around too long, it’ll turn green. People don’t even realize that because all the water’s dead, so they never see it turn green.”

Singh described tap water as “toilet water with birth control drugs in them,” along with healthy doses of chloramine and fluoride. “Call me a conspiracy theorist,” said conspiracy-theorist Singh, “but it’s a mind control drug that has no benefit to dental health.” (No evidence has been found that fluoride is a mind-control drug. The American Dental Association, along with numerous scientists, are convinced that fluoride prevents tooth decay based on decades of scientific studies.)

While adherents are lining up to buy into the raw water trend, scientists are calling it dangerous.

“Without water treatment, there’s acute and then chronic risks,” said Dr. Donald Hensrud, the director of the Healthy Living Program at the Mayo Clinic in Rochester, Minnesota. These risks include E.coli bacteria, viruses, parasites and carcinogenic compounds that are found in raw water. “There’s evidence all over the world of this, and the reason we don’t have those conditions is because of our very efficient water treatment.”

Bill Marler, a food-safety advocate and a lawyer, agreed. “Almost everything conceivable that can make you sick can be found in water,” he said. For instance, unfiltered water can contain animal feces, which spreads Giardia—an illness characterized by vomiting and diarrhea that results in about 4,600 hospitalizations a year. Hepatitis A can also be spread through untreated water. Hepatitis A resulted in 20 deaths in California alone in 2017.

However, raw water devotees remain devoted—if uncommitted on the proper name for the stuff. “I don’t like ‘raw water’ because it sort of makes people think of raw sewage,” said Daniel Vitalis, host of the podcast, “ReWild Yourself,” which promotes gathering water and hunting for food. “When you say ‘live water,’ that’s going to trigger a lot of people who are into physics and biology.”

Marler is more pointed. “You can’t stop consenting adults from being stupid,” he said. “But we should at least try.”