Starbucks recently announced a policy to eliminate all plastic straws and it's gotten some pushback. 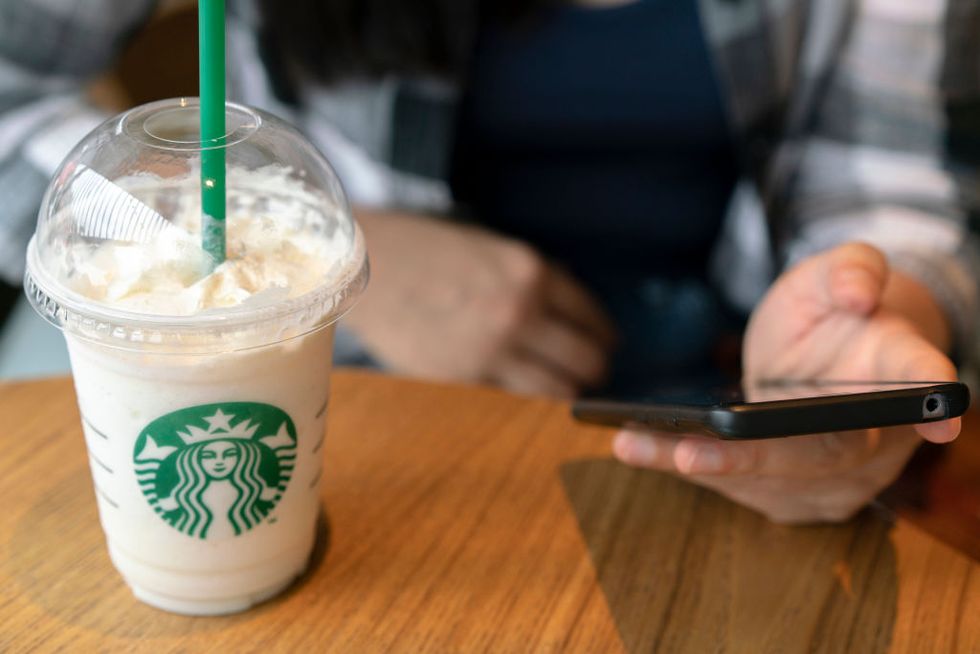 XI'AN, CHINA - 2018/05/30: A girl drinks a Starbucks coffee with a plastic straw. Starbucks announced on July 9th that it would ban the use of plastic straws in its 28 thousand stores before 2020. (Photo by Zhang Peng/LightRocket via Getty Images)

A new effort to reduce pollution has been trending on a national scale. Recently, companies like Starbucks have announced policies intended to reduce the production and use of plastic straws. While the full effect of this policy won't be felt until 2020, Starbucks estimates that the move will eliminate more than 1 billion straws globally, most of which currently end up in landfills.

Last year, a video showing a sea turtle with a plastic straw stuck up its nose went viral. In the aftermath, campaigns like #StopSucking—an effort to free oceans from plastic waste—have gained notable traction. In addition to Starbucks, many local municipalities and communities are likely to follow suit with their own bans. According to CNN, American Airlines will be eliminating plastic straws on its flights, in favor of stir sticks.

The social media reaction to banning plastic straws has been an interesting mix of guilt and social consciousness. One Twitter user commented about her experiences following the traction of the viral video.

My waiter asked 'Now, do we want straws OR do we want to save the turtles?' and honestly we all deserve that environmental guilt trip,” said the user.

My waiter asked “Now, do we want straws OR do we want to save the turtles?” and honestly we all deserve that environmental guilt trip
— Trish (@Trish) 1530371437.0

"Other types of straws simply do not offer the combination of strength, flexibility, and safety that plastic straws do," said Disability Rights Washington, a non-profit organization based in Seattle.

"Disabled people have to find ways to navigate through the world because they know it was not made for us. If someone says, 'This does not work for me,' it's because they've tried everything else,” says Lei Wiley-Mydske, an autism activist.

"Also, what if you decide on the spur of the moment to go have a drink with friends after work but forgot your reusable straw that day? That doesn't leave a lot of room for spontaneity—something nondisabled folks get to largely take for granted,"  said Lawrence Carter-Long, communications director for the National Disability Rights Education & Defense Fund.

Outspoken environmentalists have latched onto a yet-to-be-proven statistic — that Americans used 500 million plastic straws every day. This is exactly the kind of clickbait statistic that causes a social media movement to trend.

“We found plastic water bottles too endemic, plastic bags already somewhat politicized, and no viable alternative for the plastic cup in ALL markets." So they chose plastic straws, a "playful" alternative and a "'gateway plastic' to the larger and more serious plastic pollution conversation,” explained Dune Ives, executive director for the Lonely Whale Foundation, in a post explaining the behavior behind the plastic straw ban movement.

While reducing the environmental impacts of plastic straws is a legitimate concern, legally established policy need to take note of individuals who might actually use the plastic straws due to necessity.

"Each restaurant owner [would] follow their own conscience, maybe keep a stockpile of plastic straws in their storerooms for people to use who need them," says Carter-Long.

Historically, just because a law exists, doesn't mean a business will necessarily comply with the established policy. "So many businesses try to get around already ignoring things with [the Americans With Disabilities Act] until someone says, 'I need a ramp or wider hallway or ramp in bathroom or Braille menu.’ Sometimes you need to bring a lawsuit just to have your voice heard,” says Jordan Carlson, the parent of a child who needs to use plastic straws as a measure of safety.

For now, the city of Seattle has created its ban with disabilities in mind. "The new director's rule provides a waiver for flexible plastic straws, which can be provided to customers who need such a straw due to medical or physical condition," City of Seattle spokeswoman Ellen Pepin-Cato told CNN. Ultimately, the decision to offer plastic straws to customers who need them will be left to the discretion of the individual businesses—a discretion which can, if left unchecked, be abused.