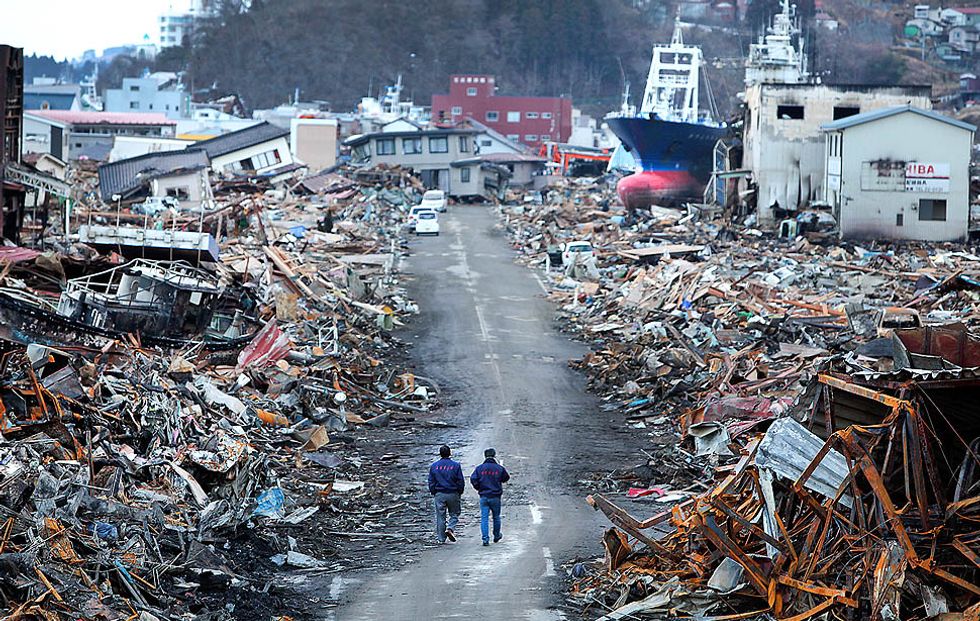 Last month, in less than 24 hours, a series of earthquakes struck New Zealand, Japan, Vanuatu and Indonesia along the circum-Pacific belt, also known as the “Ring of Fire.” West Coast residents, particularly those in California and the Pacific Northwest, are worried they could be next.

Seismologists admit that while frequent earthquakes in this region are common, a cluster of this size is “unusual.”

“It is unusual, there’s no doubt about that, it’s been really busy,” said seismologist Gary Gibson of the University of Melbourne. “I must say these unusual clusters happen fairly often, and it seems they are not totally random, we just don’t know why.”

Scientists believe the 7.1-magnitude Central Mexico quake that hit on September 19 was unrelated and coincidental.

Phil Cummins, a seismology professor at Australian National University, theorized that the seismic waves from one earthquake could have triggered the others, all of which ranged in magnitude from 5.7 to 6.4.

“The waves that are excited by the earthquakes might rattle or disturb some distant faults that are close to rupture already,” he said. “These are earthquakes that would almost certainly have happened very soon.”

By this same logic, the shaking could possibly dislodge some of the more overdue faults in populated areas along the West Coast.

For instance, there’s a 60 percent chance California could experience a strong earthquake in the next 30 years. Experts predict it will most likely happen in the East Bay Area, along the Hayward fault. Northern California also experienced three small quakes on September 20, though seismologists say this is a normal amount of activity for the region.

Meanwhile, there’s a 33 percent chance the Pacific Northwest could experience a strong earthquake in the next 50 years, but the results would be far more devastating than anything California has ever seen. A massive swath of land — from Northern California to Vancouver Island and containing the highly populous cities of Portland and Seattle — sits adjacent to the Cascadia subduction zone. Subduction zones hold the potential to create what’s called a “megathrust” quake, of magnitude 9.0 or even higher — similar to the 2011 magnitude-9.0–9.1 quake off the coast of Japan that killed 15,894 people in the rubble and ensuing tsunami.

However, earthquake prediction is still an inexact science, especially when it comes to an event unprecedented in modern times, such as a subduction zone quake in the U.S. The last one known to have occurred was on Jan. 26, 1700, along the Cascadia subduction zone, determined from records of a tsunami off the coast of Japan, examination of tree rings in Oregon and Washington, and sediment layers on the ocean floor.

"I wish there were [a way to predict earthquakes], but, no, there isn't," Chris Goldfinger, professor of geophysics at Oregon State University, told CNN in 2016 of the impending Cascadia quake. "We can't look forward and say we are due or overdue really."