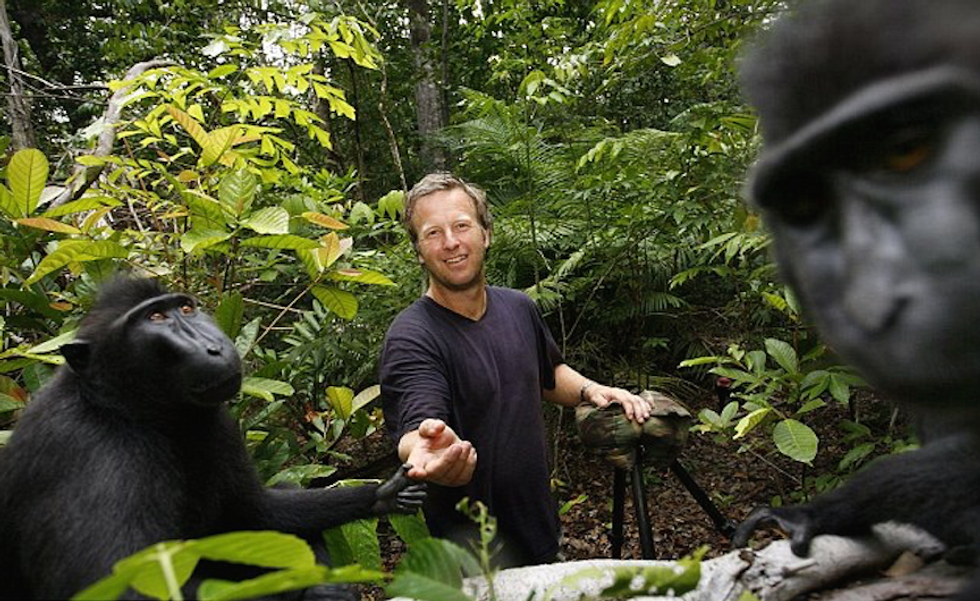 In 2011, a troop of macaque monkeys snatched David Slater’s camera. Slater, a British nature photographer, traveled to Indonesia to snap photos of the endangered species, in the hopes of raising both awareness of the monkeys’ plight, and some income for himself. One of the simian selfies, taken by a monkey named Naruto, went viral. However, instead of Naruto joining the ranks of internet mascots Grumpy Cat and Biddy the Hedgehog, the photo sparked a lawsuit. That lawsuit reached a tentative resolution earlier this month.

The case began in September 2015, when the People for the Ethical Treatment of Animals (PETA) filed a federal lawsuit claiming that the monkey owned the copyright over the photograph, not Slater. As a result, PETA argued, Slater owed Naruto damages for copyright infringement, having published the photograph on his website. PETA further sought an order allowing it to administer and protect the monkey’s rights, including by making sure all damages and profits from the selfie be used “solely for the benefit of Naruto, his family and his community, including the preservation of their habitat.”

Slater, who owns the copyright in the U.K., says the selfie belongs to him. (Slater, moreover, believes the copyright should be honored worldwide, but that issue is not before the court in this case.)

Meanwhile, since the dispute began, the U.S. Copyright Office has taken the stance that the photograph belongs to the public. “The Office will not register works produced by nature, animals or plants,” said the office in a 1,222-page report discussing federal copyright law, specifically noting that a “photograph

taken by a monkey” is not protected.

All this led to “A monkey, an animal-rights organization and a primatologist walk[ing] into federal court to sue for infringement of the monkey’s claimed copyright,” as deadpanned in Slater’s motion to dismiss. “The only pertinent fact in this case is that Plaintiff is a monkey suing for copyright infringement,” the motion continued. “[I]magining a monkey as the copyright ‘author’ in Title 17 of the United States Code is a farcical journey Dr. Seuss might have written.”

In a ruling from the bench, U.S. District Judge William Orrick of San Francisco agreed with Slater’s position. He stated that he would dismiss the suit in an upcoming order, calling PETA’s argument a “stretch.”

“I’m not the person to weigh into this,” said Orrick. “This is an issue for Congress and the president. If they think animals should have the right of copyright they’re free, I think, under the Constitution, to do that.”

Judge Orrick further stated that he may allow PETA to amend the suit, so all hope is not yet lost for the photographing primate. In the meantime, enjoy this photograph taken by Naruto, which—in the United States—remains squarely in the public domain.