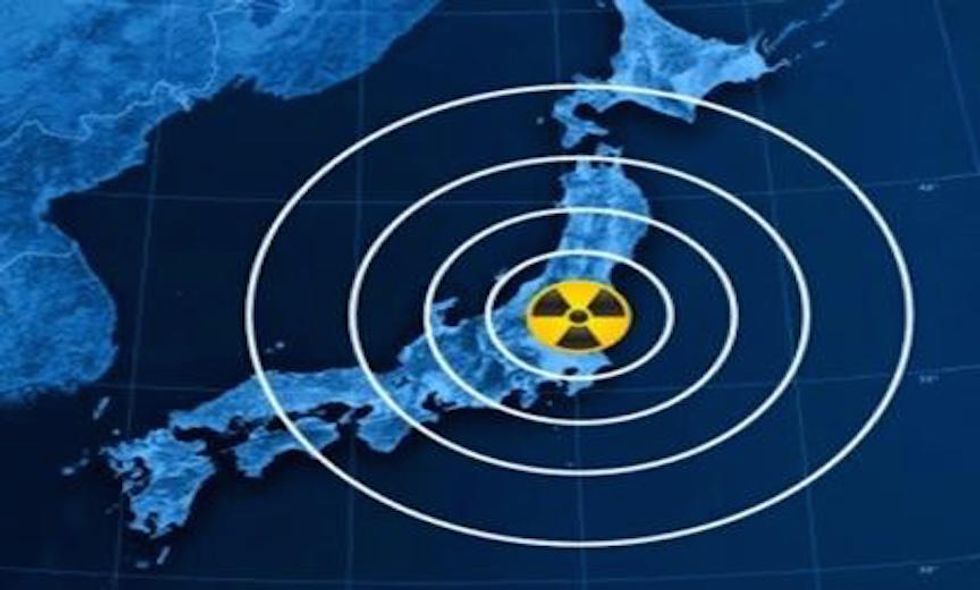 On March 11, 2011, a tsunami hit the Fukushima Daiichi Nuclear Power Plant, sending it into nuclear meltdown and releasing radioactive material. Residents within a 20-kilometer radius were evacuated the next day, and those living within 30 kilometers were advised to stay indoors as concerns over radiation exposure and cancer grew.

Beginning in the months after the tsunami, the Japanese government began screening the thyroids of all Fukushima residents who were 18 and younger at the time of the incident, an unprecedented undertaking. In issuing the screening, the government was recalling Chernobyl, the 1986 nuclear disaster that led to increased rates of thyroid cancer among children. Removing the thyroid can eliminate most thyroid cancers if detected early.

It has now been five years since the tsunami hit. The initial screenings, completed in April of 2015, showed that nearly 50 percent of the 300,476 subjects had solid nodules or cysts on their thyroids. Over 100 were diagnosed with cancer, at an incidence rate of between 0 and 605 per million depending on location.

While the data seems alarming, scientists are coming to vastly different conclusions about the results. A study published in Epidemiology last October by Toshide Tsuda, an environmental epidemiologist at Okayama University in Japan, concluded that the first

round of screening results indicated a 30-fold increase over the normal childhood cancer rates.

However, the majority of scientists disagree with Tsuda’s findings. Dillywyn Williams, a thyroid cancer specialist from Cambridge University, stated that the “evidence suggests that the great majority and perhaps all the cases so far discovered are not due to radiation.”

So why are results coming back at the rates they are? The answer appears to be in the screening technology used. The Fukushima survey used advanced ultrasound devices that detect growths that previously would have remained invisible. “It is inappropriate to compare the data from the Fukushima screening program with cancer registry data from the rest of Japan where there is, in general, no such large-scale screening,” said Richard Wakeford, an epidemiologist at the University of Manchester.

To see a truly valid comparison, similar technology would need to be used. Noboru Takamura, a radiation health scientist at the Atomic Bomb Disease Institute at Nagasaki University, used the Fukushima protocol to examine 4365 children in the same age range who were not exposed to radiation. In his survey, he found similar numbers of nodules and cysts and one incidence of cancer, giving a prevalence rate of 230 cancers per million. Other studies found cancer rates ranging between 300 and 1300 per million, causing Takamura to

conclude that “[t]he prevalence of thyroid cancer detected by advanced ultrasound techniques in other areas of Japan does not differ meaningfully from the Fukushima Prefecture.”

“An interesting thing we have seen in Fukushima prefecture is that the intense monitoring of people has led to a dramatic increase in the detection rate of thyroid cancer. It does not mean that cancer has increased in the population but it could imply that we are detecting problems that could have remained dormant without ever posing any threat to the person,” said Richard Wakeford.

This overdiagnosis can be problematic. The thyroid is almost always removed when cancerous lesions are suspected, even if the probability that nodules would have developed into a serious disease is low., The patient will most likely require a lifetime of thyroid hormone replacement therapy once the thyroid is removed.

While the Fukushima survey has not provided definitive data on the increased incidence of cancer after the tsunami, it has exposed evidence suggesting that thyroid growths in children are far more common than previously thought. Researchers hope  the survey will promise a better understanding of these growths, and lead to better treatment protocols in the future.