Extinct Zebra Brought Back from the Dead 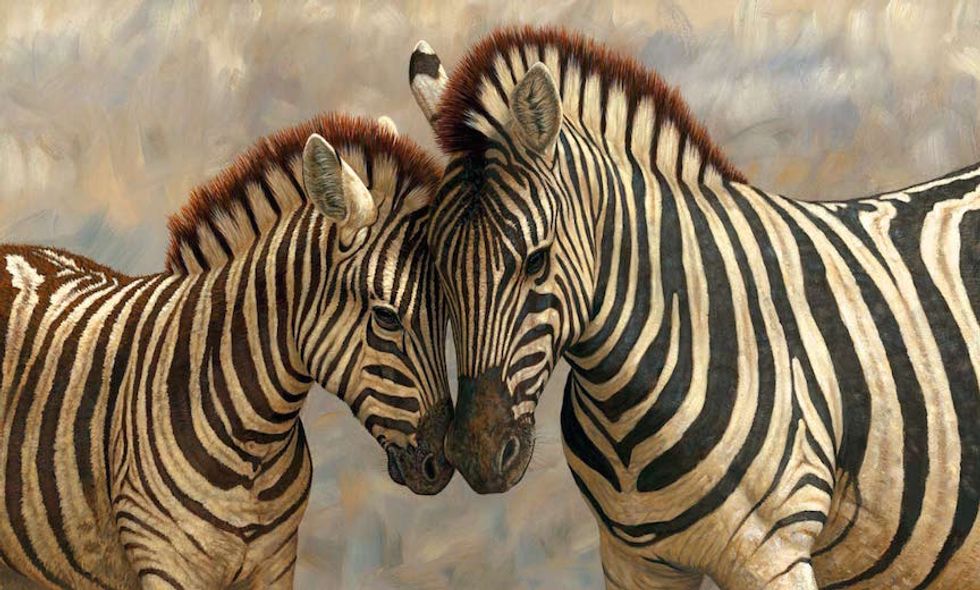 One hundred fifty years ago, herds of quagga, a relative of the zebra, roamed the South African plains. The last known quagga died in 1883, marking the species’ end.

Until now. A team of South African scientists, led by University of Cape Town professor Eric Harley, have recreated the quagga, thanks to DNA and selective breeding.

A quagga specimen in Regent's Park Zoo, London. The hide was used to help reintroduce the species in South Africa. Credit: Source.

The quagga resembles a zebra in the front, complete with its distinct black and white stripes. In the back, the quagga looks more like a horse, its hide a solid brown. The animals were over-hunted: European settlers wanted the grass for their livestock, not the wild animals. The last quagga died in the Amsterdam Zoo in 1883.

Using the preserved hides of 23 quagga, the team of scientists determined that the quagga was a sub-species of the plains zebra. They then selected 19 zebras with the most “quagga-like” characteristics, and allowed them to reproduce. The scientists continued to use selective breeding to mold the animals to the specifications of the quagga.

The project, which has been ongoing for 30 years, has now produced between four and five generations of animals. With each new group, the distinct markings of the quagga have become more pronounced.

The project has not been without criticism. Opponents believe that resources would be better used in saving species on the brink of extinction, not bringing back an approximation of species that is already gone. They call the project a stunt, saying that while the animal

may appear more like a quagga, the project does not take into account the ecological adaptations or behavior differences of the quagga species.

One of the project leaders, Mike Gregor, conceded that the animals “might not be genetically the same,” and that “there might have been other genetic characteristics [and] adaptations that we haven’t taken into account.” But Harley defended the project, stating “If we get an animal which everybody agrees look exactly like the quagga, then indeed we can say that the quagga was never really extinct.”

Because the animals are genetically different, they have been termed “Rau quaggas,” after Reinhold Rau, one of the originators of the project. To date, only six of the 100 animals on the project’s reserve have reached the necessary level of genetic similarity to hold that title. However, when the number reaches 50, the project intends to move the herd together onto one reserve to live together.

The quagga is not the first attempt at recreating a lost species. In Chad, researchers are reintroducing the Arabian oryx to the wild after the animals went extinct in the 1990s. The project mirrors another project that re-established the Arabian oryx in Oman in the 1980s. That population has since been reclassified from “extinct” to “vulnerable.”

“What we’re saying is you can try and do something or you could just not,” said Gregor. “And I think us trying to do, trying to remedy something, is better than doing nothing at all.”

Harley added, “If we can retrieve the animals or retrieve at least the appearance of the quagga. Then we can say we’ve righted a wrong.”