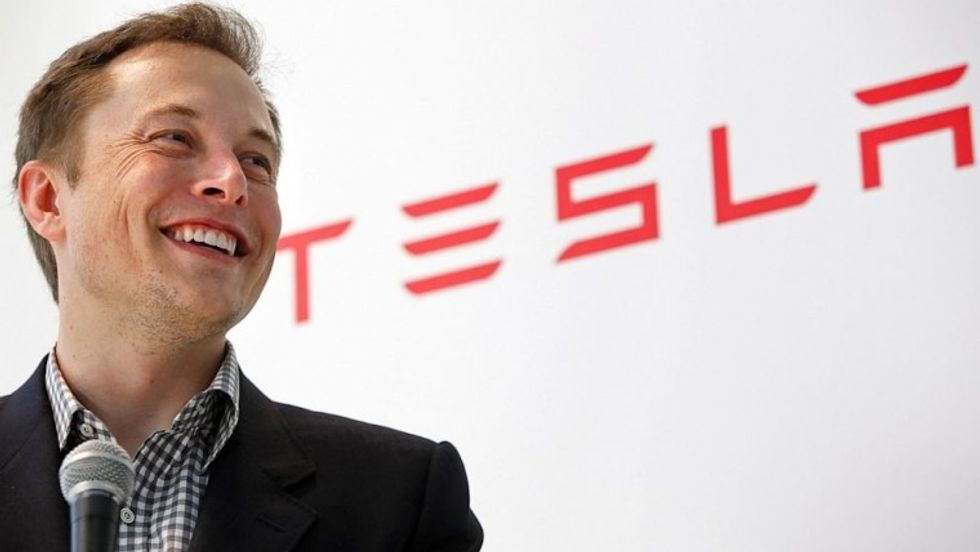 Tesla’s headlines (and stock price)aren’t as rosy as they once were, but that hasn’t sunk Elon Musk’s buoyant spirit. Musk is still confident in his electric car company, of course, but he’s also pushing forward with other, even more futuristic transportation projects.

In addition to the Hyperloop project still in development in Hawthorne, California, Musk has announced a smaller scale Loop concept that could solve the chronic“soul-destroying traffic”issues in Los Angeles and beyond. Speaking in his capacity as the chief executive of the Boring Company, Musk described to attendees of a talk at a Los Angeles synagogue his vision for an all-electric, subterranean pedestrian transport system that would whisk users from downtown Los Angeles to LAX in eight minutes,for just $1 each.

The Loop in Los Angeles is just one of several proposed around the country.

If it proves to be a workable plan, the Loop’s advantages are plentiful: each pod would transfer up to 16 passengers at a time at speeds of 150 miles per hour along high-voltage electric tracks. Rather than the large stations typical of subways, the Loop’s hubs would be no bigger than a city parking lot. Size is crucial because the company’s profit margin relies on using tunnelshalf the diameter of a subway tunnel.

The current plan is to build a 2.7 miles stretch of track, financed by the Boring Company’s$113 million funds, and let riders try the concept for free. Musk and his partner, Steve Davis, want to make sure that the wonder and fun of the experience aren’t lost on these early riders. He wants to create a Disney Land-like atmosphere. He thinks riders will find the Loop “so fun… way less nerve-racking than flying cars.”

Construction is already underway. The earth removed from the test tunnel is being used to make concrete sections and bricks that are rated for California seismic loads. The locomotive in use to move the earth out of the tunnel is electric, powered by a battery. The company has clearly given some thought to the project’s environmental impact, but a full environmental impact study will not be undertaken until the test is successful and the project is ready to scale.

And naturally, Musk hopes that the Loop will integrate seamlessly with the Hyperloop, offering an emissions-free transport solution for a large segment of California’s population.

There are other places Musk hopes to deploy this solution.

Traffic in Greater Washington, DC isnotoriously the worst in the country, and this 35-mile stretch of the loop could expand to 13 general access points in addition to the ends. For this project, the company is committed to working with all the interested state and federal government agencies, and expects construction could be complete in 20 months or less, “depending on the achieved speed of the boring machine.”

While Musk is clearly a visionary, all of this electric transportation is still theoretical. The test builds now underway in California will be an important step towards making this cleaner, cooler future a reality.