The Blood of Dragons Has Lessons to Teach in Antibiotic Resistance

The blood of Komodo dragons has properties that have proven their potential to ward off disease, as discovered in recent testing at George Mason University. 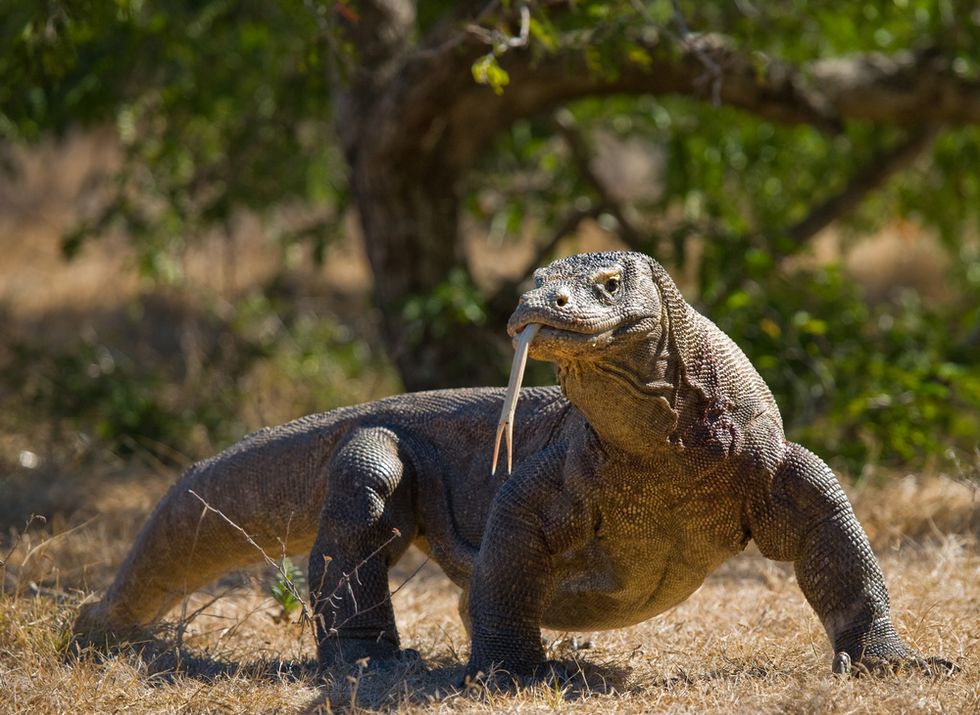 Superbugs that are resistant to most or all known antibiotics are frighteningly already a reality. However, humanity may have its first real defense against these superbugs in a handful of new discoveries, including one from the blood of Komodo dragons.

On August 25, 2016, a story out of Washoe County Health District in Reno, Nevada describing the death of a woman by an incurable infection, resistant to all 26 antibiotic treatments available in the United States, made silent ripples in the medical community. It was kept quiet until this January, when the Centers for Disease Control and Prevention (CDC) reported these chilling details in its Morbidity and Mortality Weekly Report (MMWR).

Carbapenem-resistant Enterobacteriaceae (CRE) are the family of bacteria resistant to antimicrobial drugs. The particular CRE that killed the woman in Reno is called Klebsiella pneumoniae, and nicknamed the “nightmare superbug,” due to its resistance to last-resort antibiotics.

This incident is not the first case of death by antimicrobial-resistant superbugs in the United States; in fact, according to Reuters, the CDC estimates that 23,000 Americans die every year from these bacteria, but Reuters notes that number could prove far from the truth. Globally, approximately 700,000 people die per year from drug-resistant infections, according to The Review on Antimicrobial Resistance.

The latest discovery out of George Mason University brings some hope to the concerns regarding life-threatening and incurable illnesses.

The Komodo dragon, a colossal lizard whose home is in Indonesia — particularly, a few Indonesian islands featuring tropical savanna forests and beaches — possesses in its blood a particular series of chemical compounds that can take on a vast range of bacteria.

These chemical compounds are called cationic antimicrobial peptides (CAMPs). Many other creatures, including humans, encompass such compounds, but no living creature has quite the number found in Komodo dragons — that is, 48, 47 of which are powerfully antimicrobial.

The scientists at George Mason, led by Barney Bishop and Monique van Hoek, were able to isolate the CAMPs in their laboratory using electrically-charged hydrogels to capture the CAMP peptides, which are positively charged, from the Komodo dragons’ blood samples. This approach is called bioprospecting.

Then, the GMU team synthesized their versions of eight of the dragons’ CAMPs. They used these CAMPs on lab-grown superbugs, MRSA and Pseudomona aeruginosa, to test the effects.

To the scientists’ delight, all eight CAMPs destroyed the Pseudomona aeruginosa, and seven of the eight destroyed both the Pseudomona aeruginosa and the Staphylococcus aureus (of which methicillin-resistant S. aureus — or more recognizably, MRSA — is a well-known strain) superbugs. At present, most conventionally-employed antibiotic drugs are unable to kill these bacteria.

As it turns out, these CAMPs are the very reason Komodo dragons have such a dense, biodiverse population of extremely harmful pathogenic bacteria living in their saliva! This is actually the bit of knowledge that interested these scientists and researchers in the properties of Komodo dragon CAMPs from the get-go. The dragon CAMPs very literally co-exist with deadly bacteria. It is unknown how these beasts-from-the-East acquired such lethal bacteria, but the CAMPs indefinitely protect them from certain doom.

The GMU scientists’ findings were recorded in the Journal of Proteome Research.

“Komodo dragon serum has been demonstrated to have in-vitro antibacterial properties,” the team explains. “The role that CAMPs play in the innate immunity of the Komodo dragon is potentially very informative, and the newly identified Komodo dragon CAMPs may lend themselves to the development of new antimicrobial therapeutics.”

Of course, it will take some time before these dragon CAMPs are tested on humans. However, it is a huge step forward in medicine.

Plus, it is admittedly pretty cool that humans are quite literally using the properties of dragon’s blood to fight against disease. Komodo dragons are not creatures to take lightly.

After all, as Daenerys Targaryen so succinctly puts it in A Dance with Dragons: “I am the blood of the dragon. Do not presume to teach me lessons.”