Entities That May Boycott Indiana Over New LGBT Discrimination Law 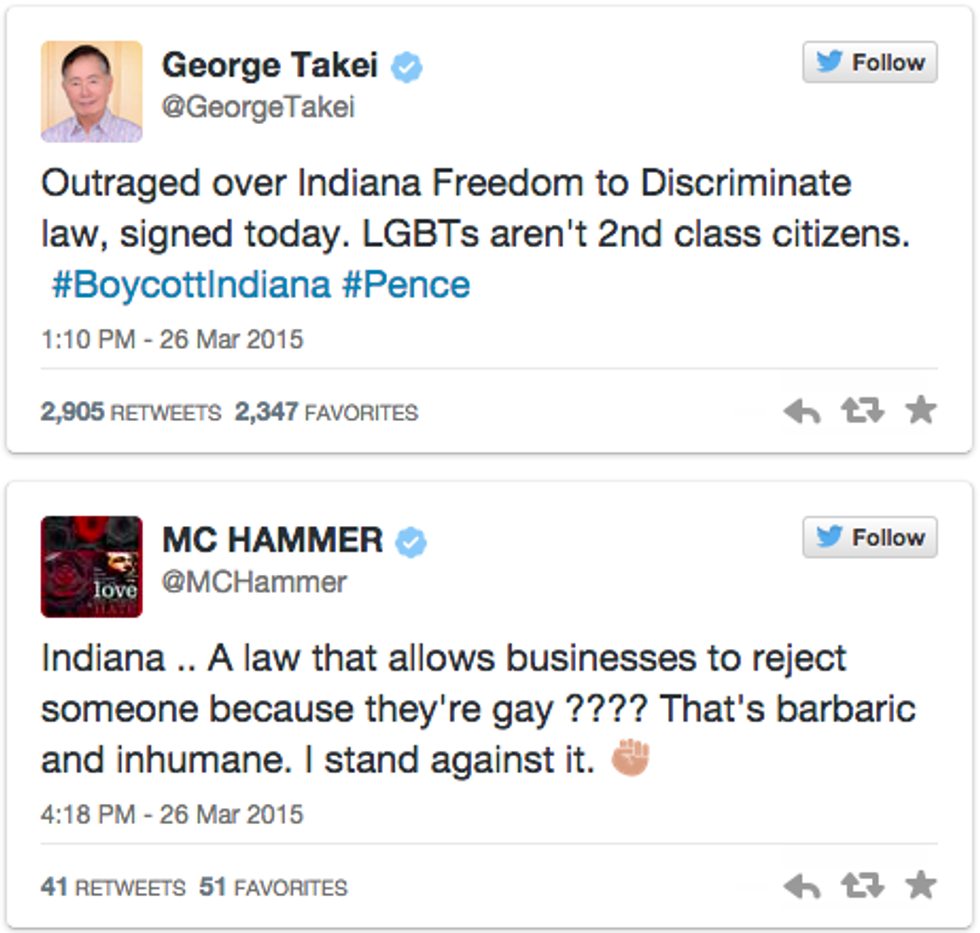 Businesses and entertainers are vowing to pull events out of Indiana after the governor signed a bill into law that gives business owners the right to refuse to serve gay and lesbian customers.

Hillary Clinton was among the high profile critics of the bill, which opponents argue will allow people to use their religious beliefs as a defense if they are sued for denying service to customers who are gay.

Gov. Pence dismissed criticism of the bill as misunderstanding of what the legislation does.

"This bill is not about discrimination, and if I thought it legalized discrimination in any way in Indiana, I would have vetoed it," Pence said in his statement Thursday.

The CEO of the cloud computing company Salesforce responded to the signing of the bill by canceling all events in the state:

Gay-rights campaigner George Takei and other celebrities tweeted their reactions, as well:

With the Final Four of the NCAA basketball tournament taking place in Indianapolis next week, the president of the college sports association issued a statementsaying the NCAA is "deeply committed to providing an inclusive environment for all our events" and will "closely examine the implications of this bill."

On Monday, after the state legislature passed the bill, the NBA's first openly gay player, Jason Collins, wondered if he would be welcome at the event: