So the Entire State Department Management Just Stuck it to Trump 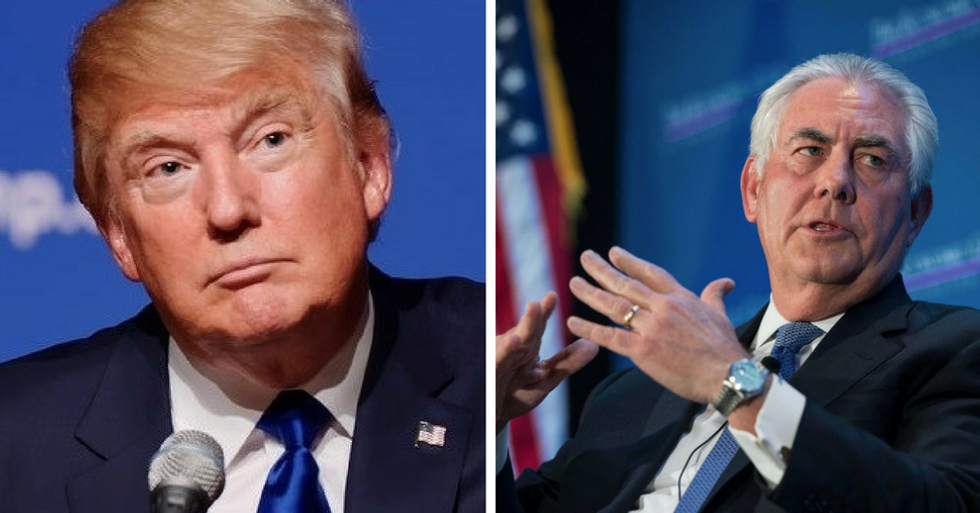 The State Department's entire senior level management officials have turned in their resignations.

The mass exodus began earlier this afternoon when Patrick Kennedy, the agency's long-serving undersecretary for management who'd worked in the role for nine years, resigned unexpectedly. According to officials within the State Department, Kennedy played an active role in the transition and sought to keep his job under Rex Tillerson, who the Senate Foreign Relations Committee earlier this week confirmed for Secretary of State (and will now lead a full vote). The Washington Post earlier reported that Tillerson was looking to replace Kennedy altogether. Whether Kennedy left of his own volition or was pushed out was a matter of dispute within the department.

CNN reports, however, that the officials were, in fact, fired as part of an effort, officials said, "to clean house."

The resignations are the latest blow to the State Department, which must work quickly to restore leadership. On January 20, the day of President Donald Trump's inauguration, Assistant Secretary of State for Diplomatic Security Gregory Starr retired. Lydia Muniz, the Director of the Bureau of Overseas Building Operations also left the State Department.

David Wade, who served as State Department chief of staff under Secretary of State John Kerry, called the departures "the single biggest simultaneous departure of institutional memory that anyone can remember... Department expertise in security, management, administrative and consular positions in particular are very difficult to replicate and particularly difficult to find in the private sector."

Several senior foreign service officers in the State Department’s regional bureaus have also departed from the agency since the election and while Ambassador Richard Boucher, who served as State Department spokesman for Colin Powell and Condoleezza Rice, acknowledged that there is always a considerable amount of turnover when a new administration takes office, senior officials tend to stay aboard until the transition is complete. These positions are crucial, Boucher said, echoing David Wade's worry that its difficult to fill these positions from applications in the private sector.

"You don’t run foreign policy by making statements, you run it with thousands of people working to implement programs every day,” Boucher said. “To undercut that is to undercut the institution.”