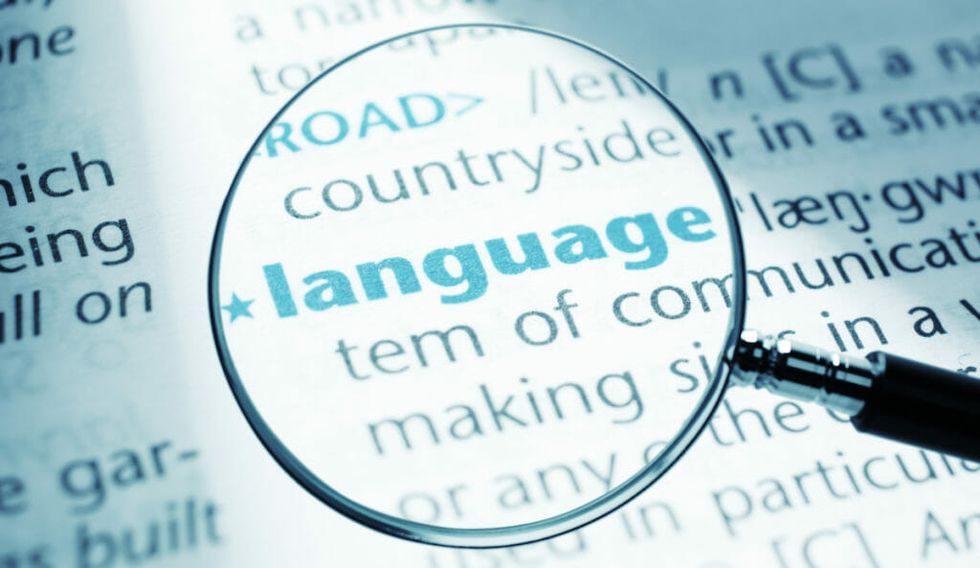 On Wednesday The Washington Postfeatured poll results on the comfort level of people in the United States with non-English speakers. Pew Research Center conducted the survey asking if people would be bothered "not at all," "not much," "some" or "a lot" to "hear people speak a language other than English in a public place."

The results found 47 percent of White Republicans fell in the "some" and "a lot" bothered category. Their Democratic counterparts answered 82 percent would be bothered "not much" or "not at all."

But many people quickly picked up on a fact that The Washington Post missed in their headline.

And that headline mistake contributes to the very statistic they reported. English is neither the official language nor an Indigenous language in the United States.

What is wrong with these people? It's not only white Repubs. look at stats for several racial groups discomforted b… https://t.co/1pXnw9GzTh
— Kim TallBear (@Kim TallBear) 1557335692.0

one of my best memories is when the medicine man who does ceremonies for our family said in sweat to a japanese wom… https://t.co/sH4CPYA3mg
— Kim TallBear (@Kim TallBear) 1557341729.0

US Americans are a sad effing lot who cannot tolerate the beautiful languages of humanity. What a sad excuse for In… https://t.co/d6p2xCJpFq
— Kim TallBear (@Kim TallBear) 1557341783.0

Ignoring this fact leads to speakers of Indigenous languages having their heritage and importance devalued or forgotten in the national conversation.

@GeorgeTakei Lol, pretty funny since English is a foreign language unless your in England, in the immortal words of… https://t.co/xgw0HIlTXD
— Coach E (@Coach E) 1557430655.0

@TimMaddog @kerim That's a trick question. English is a foreign language. And, no self respecting Brit would agree… https://t.co/J36VQDaAsN
— Taiwan Talk (@Taiwan Talk) 1557426088.0

@matthewasears I'll bet the 'foreign' languages includes First Nation languages since these are not English either !!!
— Conrad S (@Conrad S) 1557425748.0

How about Cherokee, Mohawk, Apache, Kiowa, Navajo or Lakota! To those speakers English is a foreign language! https://t.co/JMCZoabNww
— Bill Uminski (@Bill Uminski) 1557424023.0

Many people pointed out that English came to the United States from Europe less than 500 years ago and only gained prominence over French and Spanish due to a variety of factors including wealth and willingness, or unwillingness, to be multi-lingual.

I'm going to need you to define "foreign" here because the English language is not indigenous to North America. 🤔 https://t.co/3uAkVOCf0Y
— Monica Castillo (@Monica Castillo) 1557349807.0

Indigenous North American languages, dating back thousands of years, were outlawed by the United States government in an effort to "kill the Indian, save the man." Natives were either killed with paid bounties in states like California or forced to assimilate through laws making all aspects of their culture illegal.

Their children were required to attend boarding schools to learn English. Children faced corporal punishment for speaking their own language in addition to other abuses at the hands of their caretakers.

In the U.S., the English language (born of England) isn't listed as a foreign language, yet North American indigenous languages are? Um. Ya.
— Simon Moya-Smith (@Simon Moya-Smith) 1468430300.0

@washingtonpost Unless they're native Americans speaking one of the native people's languages, they ARE speaking a… https://t.co/dL3OcS79yE
— Ruth R (@Ruth R) 1557410302.0

@HyapatiaLee if that’s how they feel they better learn a native language asap. seems they tend to forget that engli… https://t.co/4l3kcyCYBU
— Raven (@Raven) 1557413480.0

And some made the point that when people from the United States travel to non-English speaking countries, they expect the people there to also speak English.

@Lawrence The same people get pissed when they visit a foreign country on a vacation/holiday and find that they can… https://t.co/dK92U4XlaM
— ThanksDad (@ThanksDad) 1557411133.0

The United States is a diverse nation without an official language. The primary language may change over time as population demographics change.

People in the United States accommodated people who spoke only English for centuries. In the future, those English speakers or their descendants may find themselves accommodating others.

And perhaps this is the root of their discomfort.