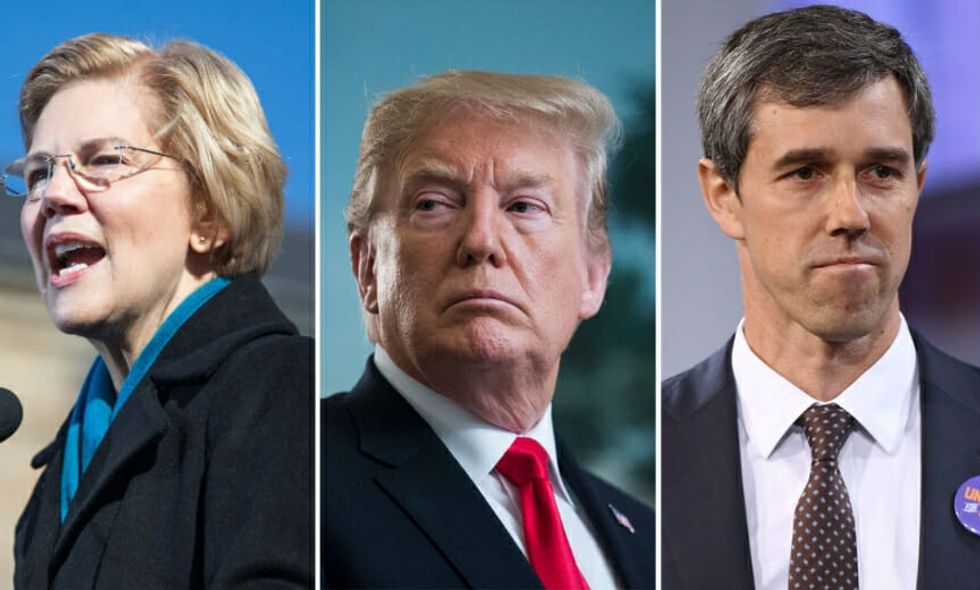 Former President Jimmy Carter was the last Democratic candidate to win the red state of Texas. That was in 1976. However, shifting demographics coupled with the neck-and-neck senate race between Republican Senator Ted Cruz and Democratic Congressman Beto O'Rourke (which Cruz eventually won) indicate that the once-deep red state may be shifting to a shade of blue.

Now, A new poll from Emerson College is indicating the same. The poll examines Trump's possible performance in Texas against the leading Democratic candidates for president in 2020—and it turns out the state isn't as safe as some Republicans may think.

Texas was becoming less and less of a safe bet for the Republican party even before the 2018 midterms. Republican presidential nominee Mitt Romney bested former President Barack Obama in the state by 16 points in 2012. Former Secretary of State and Democratic nominee Hillary Clinton lost to Trump by nine points in the state in 2016.

The results have heartened Democrats across the country.

While the Emerson poll is undoubtedly good news, people are stressing the importance of proceeding with caution.

The poll interviewed 799 voters and Emerson College has a B+ rating from FiveThirtyEight.