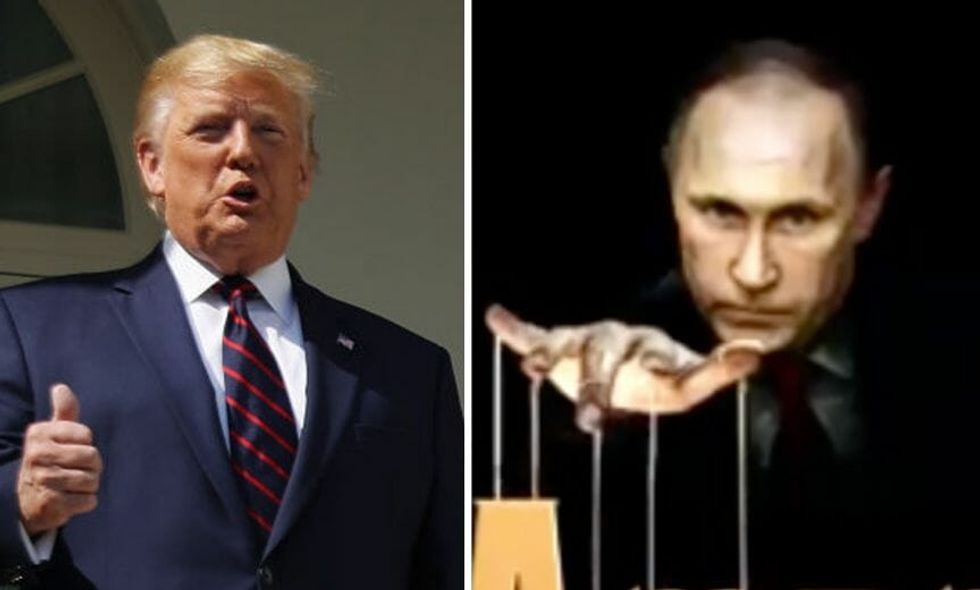 Just a few months after using a mock movie trailer to remind Americans that a terrifying wave of overt white supremacy in the United States was "not a movie," Eleven Films has done it again—this time, highlighting the reality of President Donald Trump's corruption.

It's been 15 days since House Speaker Nancy Pelosi (D-CA) announced an impeachment inquiry into Trump for urging the Ukrainian President to investigate Trump's political rival, former Vice President Joe Biden. Since then, the White House confirmed the allegations with a rough transcript of the damning phone call, a whistleblower complaint corroborated it, and Trump asked the Chinese to investigate Biden on national television.

Watch Eleven Films' rundown of the rampant corruption below.

The chilling trailer notably uses The Godfather as inspiration for the trailer, echoing others' sentiments of Trump's mafia-style way of participating in corrupt deals while accounting for plausible deniability.

Using videos from lawmakers like Pelosi and House Intelligence Committee Chair Adam Schiff (D-CA) as well as media personalities like MSNBC's Chris Hayes and Rachel Maddow, and—naturally—Trump's own words, Eleven Films inundates the viewer with evidence of corruption from the Trump White House and just how urgently this corruption needs to be addressed.

Judging from the reactions on Twitter, the tactic is working.

@Eleven_Films If you tried to sell a screenplay like this to Hollywood, they would laugh you out the door and tell… https://t.co/epduBN3oIm
— Stevenfcpa (@Stevenfcpa) 1570536830.0

@Eleven_Films Thank you guys once again for showing the TRUTH of what's happening in our country!!
— Michelle (@Michelle) 1570552727.0

The White House continues to not cooperate with the House committees overseeing the impeachment inquiry. Just today, he called the proceedings a "kangaroo court" on Twitter after instructing European Union Ambassador Gordon Sondland not to show up before the committees for his scheduled testimony today.