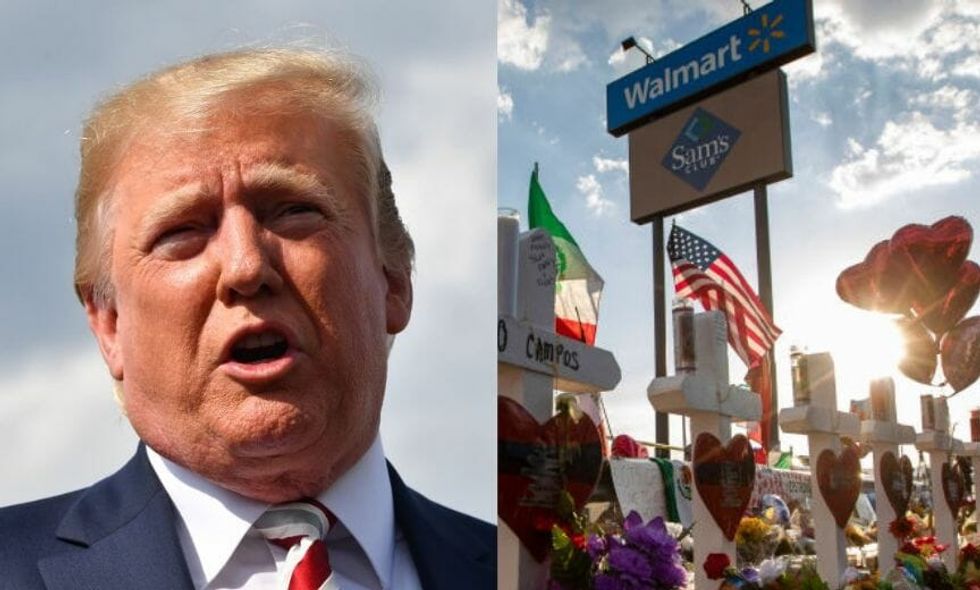 The city of El Paso, Texas is in mourning after a shooter opened fire at a local shopping center, killing 22 people. The shooter published a manifesto shortly before the attack, claiming his actions were in response to the "Hispanic invasion of Texas."

President Donald Trump is currently in El Paso to meet with victims and law enforcement, but the community remains divided over whether his visit will be constructive, considering the shooter parroted much of the rhetoric Trump uses at his rallies.

The El Paso Times addressed Trump on its front page ahead of the visit with a heartfelt plea.

"Mr. President, We Are Hurting," the message reads before emphasizing the strength and unity of the El Paso community.

"We are horrified to have witnessed this violence in our city.

This is not the El Paso we want the world to know. This is a city with a deep tradition of racial harmony. It is a city of warm, compassionate, patriotic, accepting residents who did not deserve this suffering."

The editorial later calls out Trump for his rhetoric regarding the city.

Mr. President, in your February State of the Union address, you claimed that El Paso was “one of our nation’s most dangerous cities” before a border wall was built.

Mr. President, that is not El Paso."

Americans praised the El Paso Times for the moving message.

But many feel the plea to the president will fall on deaf ears.

@elpasotimes @BetoORourke He doesnʻt care, though. He needs to come use some people as props for his touring PR cir… https://t.co/By0cN8imFu
— judy edwards (@judy edwards) 1565204967.0

El Paso residents are currently standing strong together at a heavily attended rally commemorating the victims and protesting the president's rhetoric.