People Are So Here for This Democratic Congressman's Explanation for Why He's Boycotting Trump's State of the Union Address, and He's Not the Only One 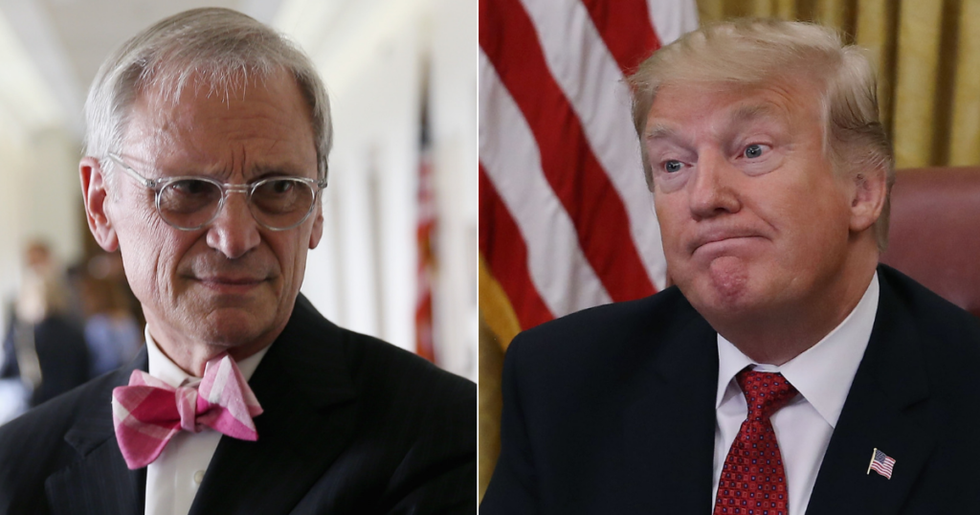 "The amount of damage, division and confusion Trump has inflicted on the American people over the last six weeks (and two years) has intentionally hamstrung our work in Congress," Blumenauer wrote. "I refuse to be witness to his continued antics tomorrow night at the State of the Union address."

The amount of damage, division and confusion Trump has inflicted on the American people over the last six weeks (an… https://t.co/WqOCX3Skp9
— Earl Blumenauer (@Earl Blumenauer) 1549307169.0

It was not Blumenauer's first time skipping Trump's SOTU address, as he made clear in his statement:

The Congressmen's decision is getting substantial positive feedback on social media.

@repblumenauer Right there with you sir! My family and I are planning to watch Benny Hill reruns - at least those make sense!
— JayWhiteEagle (@JayWhiteEagle) 1549307342.0

@repblumenauer Thank you, Congressman, for taking a stand against this impotent delusional liar. #ImpeachTheMF
— Saya (@Saya) 1549308606.0

Some are split on whether they want to listen or watch, as this would give Trump what he loves most... good ratings.

People are making it clear they are tired of being lied to and are encouraging a full boycott of Trump's speech.

@MSNBC I won't be watching either. It will be hashed and rehashed for days after. I refuse to be witness to his continued antics.
— DonnaMarieJustMe (@DonnaMarieJustMe) 1549307197.0

In fact, Blumenauer is one of four Democratic Representatives who are boycotting Tuesday's speech.

"I won't be attending #SOTU," Johnson wrote. "I'd rather be somewhere else than listening to @realDonaldTrump come onto our floor & start talking about groups of people, particularly Latinos, and disparaging them as a people. But I will be at a @staceyabrams watch party!"

"Trump has always been lazy and self-absorbed," Steven Cohen (TN) tweeted. "It’s no surprise he spends 60% of the day in #ExecutiveTime (getting guidance from Fox News) instead of doing his job."

Blumenauer and Lewis sit on the Ways & Means Committee which announced last week it will begin holding hearings on Thursday to find a way to obtain Trump's elusive tax returns.

House Speaker Nancy Pelosi (D-CA) invited Trump to give the State of the Union at the Capitol this Tuesday night at 9 P.M. The original date for the speech was January 29, but Pelosi refused to let Trump speak until he ended the longest-ever partial government shutdown.

Trump signed a continuing resolution on January 25 to keep the government open until February 15, but Trump has threatened to shut it down again or declare a national emergency if Congress does not authorize funds for a border wall with Mexico.