The Dark Side Of Doxxing

Doxxing for good reasons is still a bad idea. 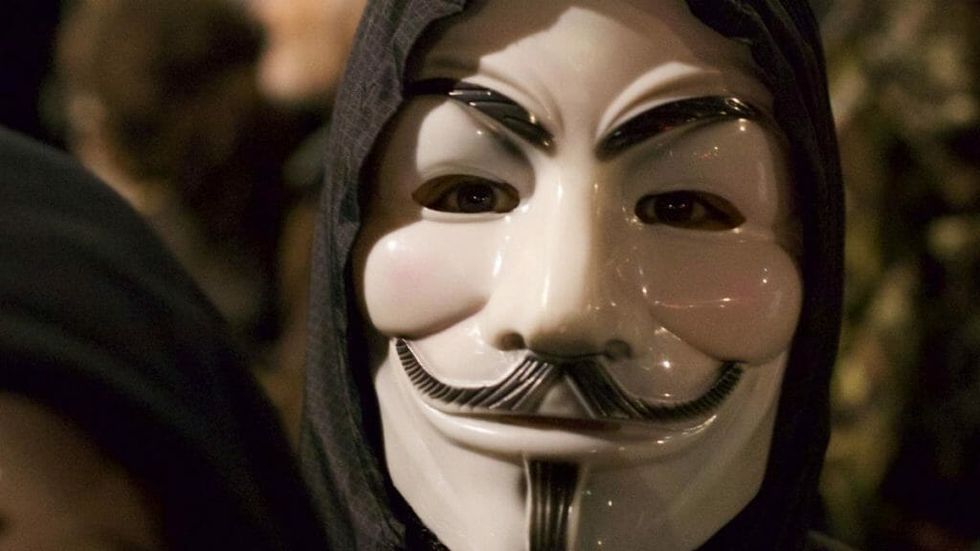 Vigilante justice has a long ugly history in America. Civilians have at times taken “justice” into their own hands—as in our egregious history of Black people being murdered by white lynch mobs. More recently, such groups have turned up with ill intent, such as anti-immigration groups like the Minutemen Militia, who have mounted “border patrols” at various parts of the U.S./ Mexico border, and those who proclaim to stand as a counter-force to Nazis and fascism, such as Antifa, known for dressing in all black and, recently, fending off torch-wielding Nazis in Charlottesville.

As the world has gone digital, vigilante justice has made its way to the Internet, that unbounded vastness of cyberspace that lends itself to individual justice at its best and harmful trolling at its worst. A newer form of Internet justice seeking getting lots of attention lately is known asdoxxing (also spelled doxing) a term The Atlantic claims was first used by computer hackers in the 1990s as a “simple shorthand of the word documents.” “Documents” can now mean anything from a social media post about your political leanings to a picture someone snapped of you at a protest.

Doxxing is when one party shares the information of another party without their consent, possibly with a large number of viewers, and often in retaliation for an act the first party finds displeasing. There is a great deal of subjectivity involved in acts of doxxing, and they are often done from a place of anger or intent to harm.

But once in a while, someone uses doxxing in the service of what could be seen as a greater good— such as the man behind the twitter account @YesYoureRacist. A North Carolina man, Logan Smith had started the account in 2012 in response to the racist attacks on President Obama. Then the“Unite the Right” white supremacist rally in Charlottesville turned violent for a number of counter-protestors and fatal for Heather Heyer, who was murdered by an alleged white supremacist slamming his car into a crowd. Smith responded by “outing” some of the white supremacists who marched by putting names to their faces from photographs of the night.

Many people cheered him on and followed his Twitter account, which is now up to more than 400K followers.

However, there were real repercussions from these outings. One man’s family publiclydisowned him in an open letter. Another man from Berkeley, California lost his job at a hot dog restaurant. Yet, should we feel sorry that people who were out on a mission of hate reaped these consequences of their actions?

Smith said, “I’m not trying to get anybody fired. I’m not contacting anybody’s employers. But you know, if someone goes to a white supremacists’ rally and their employer sees them, then that’s their prerogative—and that’s something they probably should have thought about.”

Mark Grabowski, an Internet law and ethics professor at Adelphi University in New York, agrees. “When you're in a public place, such as the Charlottesville protest, you don't have an expectation of privacy. If someone snaps a photo of you marching out in the open, posts it on social media and others connect the dots and identify you, that's perfectly legal,” he told Second Nexus in an email.

He adds “So long as the information gathered and shared is from publicly available sources, it's not illegal.”

But does that make it right?

David Ryan Polgar, a New York based tech ethicist and co-founder of the global Digital Citizenship Summit, has reservations. He suggests that arming “society at large with a huge power to amplify and investigate” is not a good idea because “we’re not trained in what we’re doing. It falls under the category of vigilante justice,” he tells Second Nexus.

In fact, Smith did misidentify a professor at the rally as Arkansas KKK leader Billy Roper. While Smith made a correction as soon as he learned the information, the Internet has trouble remembering its facts.

“Everybody hears the accusation but nobody reads the correction,” Polgar says. “Misidentification is going to outweigh the potential benefits. There’s always going to be the chance of falsely labeling someone.”

He feels this is partially driven by the fact that the Internet “rewards speed.” Every time a story breaks, audiences look for the hot take and the suspect to pin the bombing, murder, arson or terrorism on. “That [motivates] quickness over veracity. You reduce almost any normal guard rails for misidentification.”

Polgar also points out an issue of “Googlegängers”—derived from the German word doppelgänger, for an apparition or “double” of a living person—that causes regular problems unrelated to doxxing: in essence where there are multiple people with the same name easily found on a Google search, how does one parse out the differences?

And, nowadays, with voting records available online, images of home addresses searchable on Google Maps, employment histories posted on LinkedIn, friends and family listed on Facebook and so forth, Grabowski points out, “there's an abundance of information readily available about the average American. It's pretty creepy, actually.”

Perhaps doxxing can be a warning to be more careful about what information people choose to put online, because, as Grabowski suggests, “Attitudes towards privacy are starting to change—and recent studies and anecdotes alike confirm this.” He says that public perception towards doxxing and public shaming “increasingly turns on the distinction between information that was intended to be shared and information that is revealed without consent.” You might want to take advantage of all those privacy controls on your social media accounts, and think twice before you march for something you don’t want other people to know about.

While there are no current laws around doxxing itself, that doesn’t mean it’s “safe” either. Grabowski offers. “Blackmail, false light, defamation and invasion of privacy are illegal. If you attempt to blackmail a person with the photo (e.g., pay me money or I'll show your boss this photo), or if you misidentify the person in the photo (which has happened many times), or if you portray the person in a false light (e.g., you claim an innocent passerby was participating in a rally), you could face legal repercussions.”

Legal action could also follow for invasion of privacy if you attempt to embarrass a person by sharing personal information such as medical or mental health issues, school grades, or sexual history. Instances of doxxing Social Security numbers could be considered identity theft.

However, it’s tough to charge people for doxxing crimes,Law Street suggests, because people often do it anonymously, across state lines or even internationally.

Grabowski errs on the side of caution. “As a general rule, unless the person is a public figure or breaking a law, I would be careful about public shaming…But, of course, there is no rigid ethical rule for deciding when someone is newsworthy and doxxing is justified.”

“We have massive disagreements about what the Internet should be,” Polgar says. However, there is now greater “corporate social responsibility pressure” to be more responsive to issues that come up online. “The Internet is still something that we’re struggling with how we should utilize it and what normal behavior is,” he says.

He would like to see a new kind of online etiquette in this burgeoning realm of “digital citizenship,” a term that means what is appropriate, responsible use of technology. It’s such a hot topic that President Obama’s new Obama Foundation just announced that itsfirst initiative will be looking at what it means to be a digital citizen, using the hashtag #DigitalCitizen.

Polgar thinks that coming up with more unified codes of conduct is the next frontier of the life of the Internet. Just as one has to take a test to get a driver’s license, he’d like to see a greater emphasis on responsible use of the Internet. “The online structures aren’t conducive to thoughtful behavior,” he says.

He suggests that people are quick to point out others as trolls behaving in inappropriate or disrespectful behavior online, but rarely do we look at ourselves. “This is our opportunity to say, ‘Wait a minute, how am I interacting with others online? Am I cultivating a vibrant and respectful community?’”

So while we may be tempted to jump on the vigilante justice bandwagon, let’s first take a look at our own corner of the Internet.