The Stock Market Just Had Its Fourth Worst Single Day of Losses Ever, Give You One Guess Who Was President For the Top Three Worst 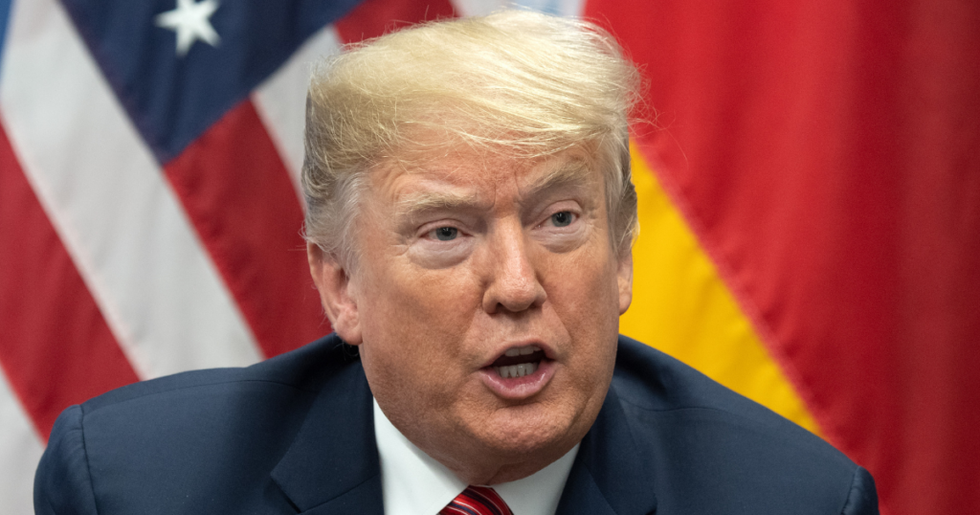 The Dow Jones Industrial Average plunged nearly 800 points on Tuesday amid uncertainty over the future of trade relations between the United States and China.

The markets bottomed out at -818 points before nudging slightly upward to close down 799 points.

Bryan Tyler Cohen of Occupy Democrats pointed out on Twitter that Tuesday's point drop was the fourth-largest in US history and that the top three occurred under President Donald Trump's watch.

"The Dow just plummeted 799.36 points, the 4th biggest one-day drop in US history," wrote Cohen. "The top 3? All took place during the Trump administration. He promised he'd run the country like he ran his businesses. Turns out he was right."

One person noticed a common thread throughout all of the biggest drops.

And in fact, of the biggest ten, six happened under Trump.

Most recently in October, stocks tumbled more than 830 points. In February, markets tanked more than 1,000 points - twice - in only three days.

Few are surprised that economic confidence is beginning to struggle under Trump, a real estate princelet from Queens who filed for bankruptcy six times.

@briantylercohen @ProudResister Yep just like his businesses. Unfortunately for us we’re the employees and debt hol… https://t.co/84IemWAaEA
— Stephanie (@Stephanie) 1543959029.0

Trump hit China with substantial tariffs earlier this year, which were in-kind met with retaliatory taxes from the Chinese government. Trump and Xi reportedly discussed ending the trade war, which has wreaked havoc among American farmers and manufacturers.

No end to the fiscal hostilities was reached, though the two leaders did agree to avoid future escalations... for now.

Trump, however, tweeted on Sunday that Xi had agreed to eliminate the 40 percent tariff on American cars.

This did not happen.

Trump's Tuesday tweets in which he called himself a "Tariff Man" while pledging to continue putting the pressure on China totally undermine his claim that the trade war was over.

This mixed messaging, investors say, threw the markets into a tailspin Tuesday afternoon.

@briantylercohen @joncoopertweets The stock market is a reflection of Trump. It’s all over the place. Businesses ne… https://t.co/MckMUnMe2Y
— FatNixon (@FatNixon) 1543962655.0

Treasury Secretary Steve Mnuchin said the market "is now in a wait-and-see." He told the Wall Street Journal's CEO Council annual conference in Washington that the market "is trying to figure out is there going to be a real deal at the end of the 90 days or not."

And while it is true the market fluctuates, soaring federal budget deficits and near full employment could indicate that the economic wave Trump rode into office may be about to dissipate.