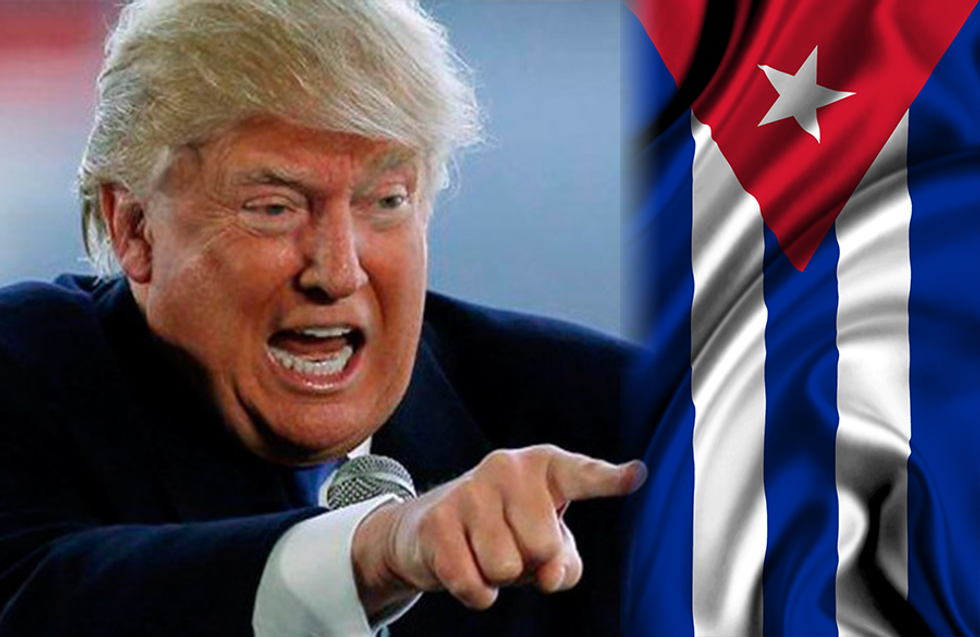 The Cuban government slammed President Donald Trump for his "hostile rhetoric" after he announced that his administration would reverse the Obama administration's efforts to normalize U.S.-Cuba relations. Cuba further accused the Trump administration of "hardening" the economic embargo based on the minority view of Cuban-Americans.

"The US President, ill-advised once again, takes decisions that favor the political interests of an extremist minority of Cuban origin in the state of Florida, who driven by petty motivation, do not desist from their objective to punish Cuba and its people for exercising the legitimate and sovereign right to be free and for having taken the reins of their own destiny," the statement read.

During a speech last week, Trump announced he would reverse the "last administration's completely one-sided deal." Under Trump's executive order, the Trump administration will strictly enforce the exemptions which allow travel between the U.S. and Cuba and prohibit travel commerce with Cuban businesses owned by the military and intelligence services.

"The Castro regime has shipped arms to North Korea and fueled chaos in Venezuela," Trump said. "While imprisoning innocents, it has harbored cop killers, hijackers and terrorists. It has supported human trafficking, forced labor and exploitation all around the globe... This is the simple truth of the Castro regime. My administration will not hide from it, excuse it or glamorize it. And we will never, ever be blind to it. We know what's going on and we remember what happened."

"We have deep concerns by the respect and the guaranties of the human rights in that country, where there is a large number of cases of murder, brutality and police abuse, particularly against the African Americans; the right to live is violated as a result of deaths by firearms," the statement read.

The statement proceeded to list a litany of issues that negatively affect Americans, including, but not limited to, racial discrimination, child labor, salary inequities between genders, the imprisonment of enemy combatants at Guantanamo Bay, Trump's controversial immigration policies which have contributed to the marginalization of refugees, Trump's decision to abandon the landmark Paris Climate Accord, and the estimates from the Congressional Budget Office that the Republican-led health care bill will cost 23 million Americans their insurance.