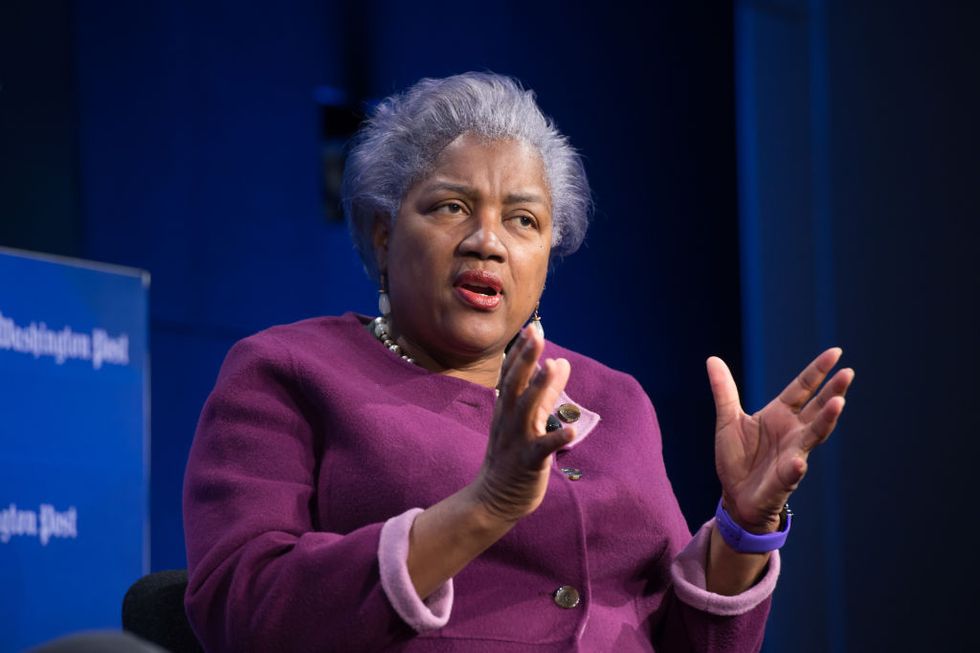 A former Democratic Party chairwoman accused Hillary Clinton's election campaign of taking control of the Democratic National Committee's finances a year before the 2016 nomination, except she might have confused important dates in her accusation.

Donna Brazile, who became interim chairwoman in July 2016 after Florida Representative Debbie Wasserman Schultz was forced out over the infamous Clinton email controversy on the eve of the party's convention, published in Politico excerpts from her upcoming tell-all book Hacks: The Inside Story of the Break-ins and Breakdowns That Put Donald Trump in the White House.

"This was not a criminal act, but as I saw it, it compromised the party's integrity," Brazile writes in the book due out next week. "As Hillary's campaign gained momentum, she resolved the party's debt and put it on a starvation diet. It had become dependent on her campaign for survival, for which she expected to wield control of its operations."

The excerpt publication calls it a secret takeover by Hillary Clinton, painting it in a scandalous light. Brazile explains she made it her mission to discern if in fact the Clinton campaign had rigged the 2016 Democrat Party nomination, stealing it away from Bernie Sanders, as many accused them of doing.

"I kept asking the party lawyers and the DNC staff to show me the agreements that the party had made for sharing the money they raised, but there was a lot of shuffling of feet and looking the other way," she writes. In the excerpt Brazile claims she found document proof, a Joint Fund-Raising Agreement between the DNC, the Hillary Victory Fund, and Hillary for America.

"The agreement—signed by Amy Dacey, the former CEO of the DNC, and Robby Mook with a copy to Marc Elias—specified that in exchange for raising money and investing in the DNC, Hillary would control the party’s finances, strategy, and all the money raised. Her campaign had the right of refusal of who would be the party communications director, and it would make final decisions on all the other staff. The DNC also was required to consult with the campaign about all other staffing, budgeting, data, analytics, and mailings."

But now a Twitter post accuses Brazile of getting her years wrong, saying she is referring to a 2016 Joint Fund-Raising Agreement and not one from 2015 as she claims.

In other words, Hillary Clinton did not in fact seize control of the Democrat party a year prior to receiving the nomination.

Even more so, it appears that both Bernie Sanders and Hillary Clinton signed the same Joint Fund-Raising Agreement in 2015. He just didn't use it.

The Politico publication of Brazile's accusatory excerpts has inspired President Donald Trump to tweet for the Department of Justice to investigate Hillary Clinton, or as he puts it, "all of the dishonesty going on with Crooked Hillary & the Dems."

The timing of Brazile's accusations and Trump's call to investigate his political opponents conveniently happens as special counsel Robert Mueller’s investigation into possible collusion between the Trump campaign and Russian operatives escalates.