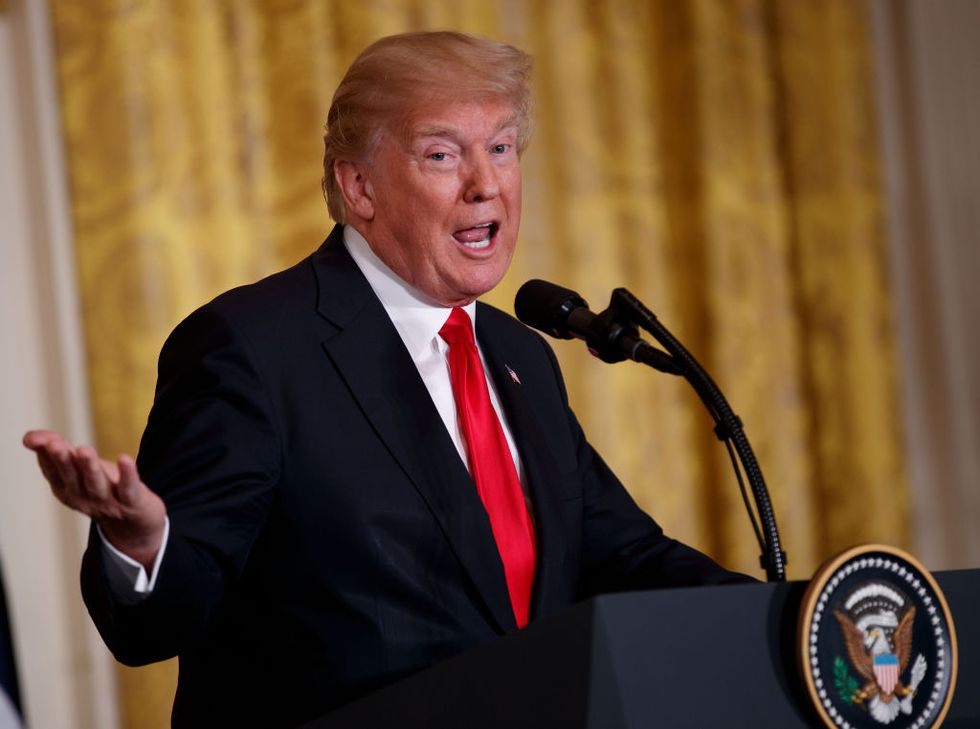 In a report published Tuesday, Citizens for Responsibility and Ethics in Washington (CREW), a nonprofit government watchdog group, cited Donald Trump for leading the “most unethical presidency” in modern times and possibly in the nation’s history.

CREW dubbed the Trump administration as “The Most Unethical Presidency: Year One.” His utter disregard for standard ethics practices led to legal challenges and scandals tainting the office according to their report.

The Trump administration is confronted by an extraordinary scale and scope of legal and ethics scandals. It is unrivaled in the modern era, and perhaps in the history of the nation, for a first-year administration.”

CREW brought 180 legal challenges against Trump and his administration during his first year in office. Financial conflicts of interest or the “emoluments clause” in the Constitution were often cited. The emoluments clause bars a president from receiving payments, real or in other financial forms like real estate or business deals, from foreign governments.

For virtually every decision President Trump makes, from taxes to environmental regulations to foreign policy, the American people cannot be sure whether he made his decision in the public interest or to benefit his bottom line.”

A federal judge dismissed two lawsuits, one filed by CREW, citing emoluments clause violations. Despite the ruling, the ethics watchdog group remains certain Trump  financially profits from his position as commander in chief.

Meanwhile, President Trump has again and again used his office [to] personally profit, most prominently by spending roughly a third of his days as president at his resorts, but also by constantly promoting his businesses. No president in the history of our nation has held businesses creating the kinds of conflicts, constitutional violations, and self-dealing we see with this one."

The report also points to the Justice Department’s investigation into Russian interference in the 2016 election and Russian collusion with the Trump campaign. Special counsel Robert Mueller’s probe charged Trump’s former national security adviser, Michael Flynn, and another campaign adviser, George Papadopoulos, with lying to the FBI over their contacts with Russians.

At the onset of the investigation, Trump told then-FBI Director James Comey, “I hope you can see your way clear to letting this go, to letting Flynn go. He is a good guy.” Comey testified before the Senate Intelligence Committee in June 2017 and verified the president's attempts to halt the investigation.

A disregard for ethics at the highest levels often leads to mushrooming scandal and that is just what happened here. President Trump’s conduct toward the investigation into Russian interference into the 2016 election has been increasingly troubling. Indeed, there is now significant evidence that President Trump may have obstructed justice.”

CREW called on Congress to pass legislation protecting Mueller’s investigation. They also want it more difficult for Trump to fire him in addition to other legislative actions to tighten corruption and ethics laws. CREW also asked the American public to hold the Trump administration accountable.

After a full year of this administration, it is now abundantly clear that the executive branch under President Trump is characterized by contempt for ethics and conflicts of interest rules and for the rule of law. It is time for the American people to conclude that one year is enough and to demand an end to the culture of corruption that is gripping Washington.”