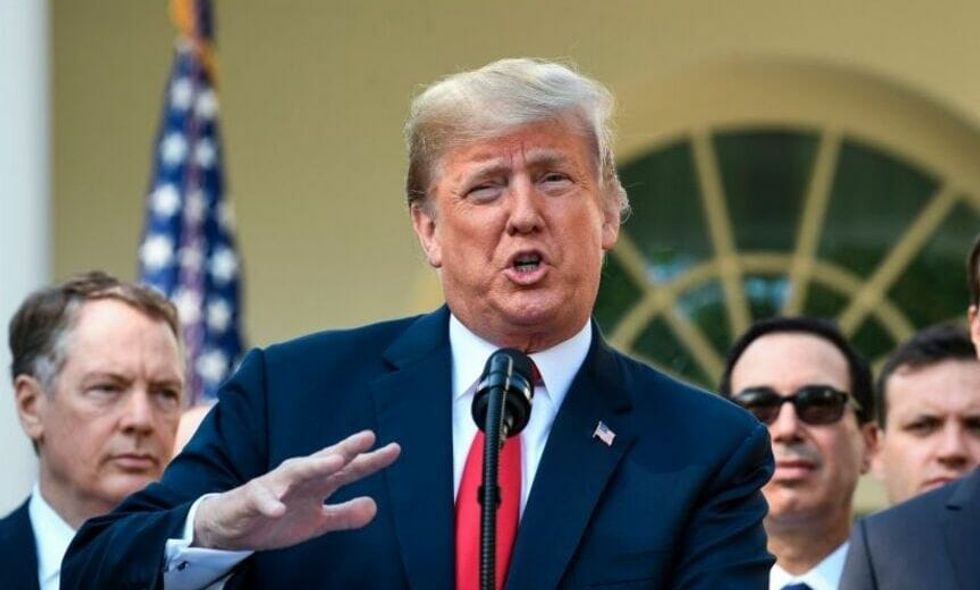 The release came one day after House Speaker Nancy Pelosi (D-CA) launched an official impeachment inquiry after months of hesitation.

The White House rushed to spin the phone call in their favor, but they may have been too hasty: they accidentally sent their talking points to House Democrats.

The talking points—which spell Zelensky's name incorrectly throughout the document—falsely claim that the "real scandal" is the unsupported claim that Biden intervened in the investigation of an energy firm on which Biden's son was a board member. The memo also falsely claims that there was no mention of the $391 million dollar aid package allotted for Ukraine, saying:

"[T]here is no mention of the aid package to Ukraine at all."

On the next page it contradicts itself:

"Assistance to Ukraine was mentioned by President Trump only to stress how much the United States is doing and how other countries, like Germany, need to do their fair share."

Astoundingly, both claims are false.

In the transcript, Trump says "we do a lot for Ukraine," and President Zelensky thanks Trump for the United States' "great support in the area of defense." Trump then asks for a favor, bringing up Hillary Clinton's emails, the Mueller investigation, and—finally—Biden.

Deepening the self-own, the White House attempted to "recall" the mistaken email.

But the damage was done.

@JakeSherman I mean, who in the White House actually thought "recalling" that document would actually WORK?!
— Kevin Bailey (@Kevin Bailey) 1569429794.0

The email to recall came about an hour after the initial talking points were sent. The internet had immortalized them by then.

And it didn't take long for Fox News to digest and regurgitate them for air.