Donald Trump Accused of Demanding Ukraine President Reopen Investigation of Joe Biden in Exchange for Improved 'Relations With the U.S.' 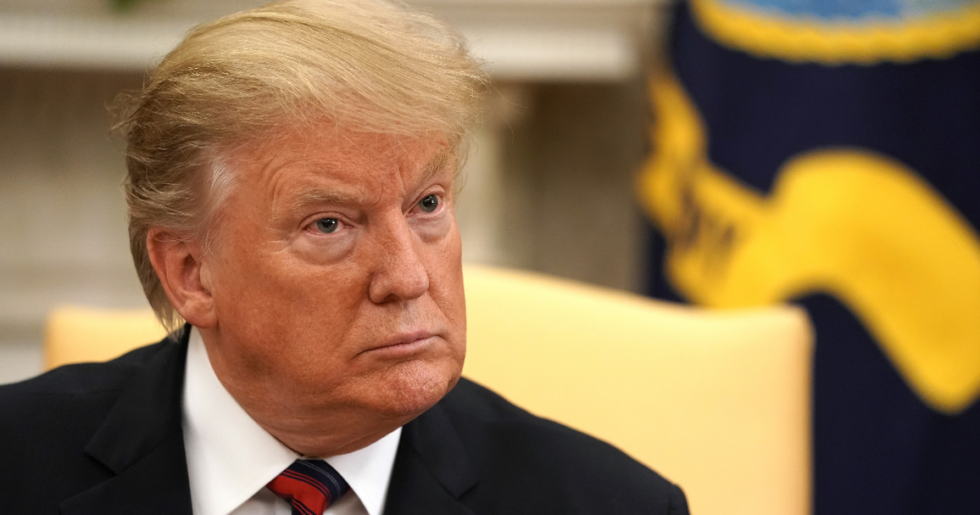 Three different House committees will investigate a July 25 call between President Donald Trump and Ukrainian President Volodymyr Zelensky regarding relations between Ukraine and the United States.

The Committees of Foreign Affairs, Intelligence, and Oversight made the move after unverified reports that Trump pressured Zelensky to order a criminal investigation into former Vice President and current 2020 Democratic presidential opponent Joe Biden.

Trump allies have long claimed that, as Vice President, Biden pressured Ukrainian authorities to abandon an investigation into energy company Burisma, on which Biden's son was a board member. Multiple Ukrainian officials have denied Biden ever did this.

Detractors of the President claim that Trump stalled a planned $250 million dollar arms package for Ukrainian forces on the condition that its government investigate Biden. After bipartisan pressure, the White House finally granted Ukraine the money.

Other claims, such as Trump refusing to meet with Zelensky until the Burisma files were reopened, will be investigated as well.

On the July 25 call, Trump reportedly told Zelensky that an investigation into Biden was imperative for a good relationship with the United States.

The date is congruent with an August 12 whistleblower complaint being withheld by the White House which documents multiple instances of Trump making treasonous promises to various world leaders.

More won't be known until the committees conclude their examinations, but the allegations have people reeling.

If this actually happened, @realDonaldTrump should be impeached and removed from office without delay. https://t.co/WkiA3yXPEx
— George Conway (@George Conway) 1568918501.0

@AaronBlake @TheRickWilson Is the USA in a Constitutional crisis yet or still in the state of Denial?
— Sunny Skyes (@Sunny Skyes) 1568921941.0

@TheRickWilson If this unconscionable abuse of power and treason turns out to be true, it’s a mammoth bombshell tha… https://t.co/7rbDUbKSsX
— Andy Ostroy (@Andy Ostroy) 1568919746.0

If these reports are true, the President would be guilty of conspiring with a foreign power to influence the 2020 election. Ironically enough, he faced a similar allegation for years after the 2016 election until the Mueller Report found insufficient evidence to definitively conclude that Trump conspired with Russia to influence the 2016 election—a finding that Republicans were able to spin as total vindication.

President Zelensky wouldn't confirm or deny that Trump directly asked him to investigate Biden in exchange for improved relations with the United States.