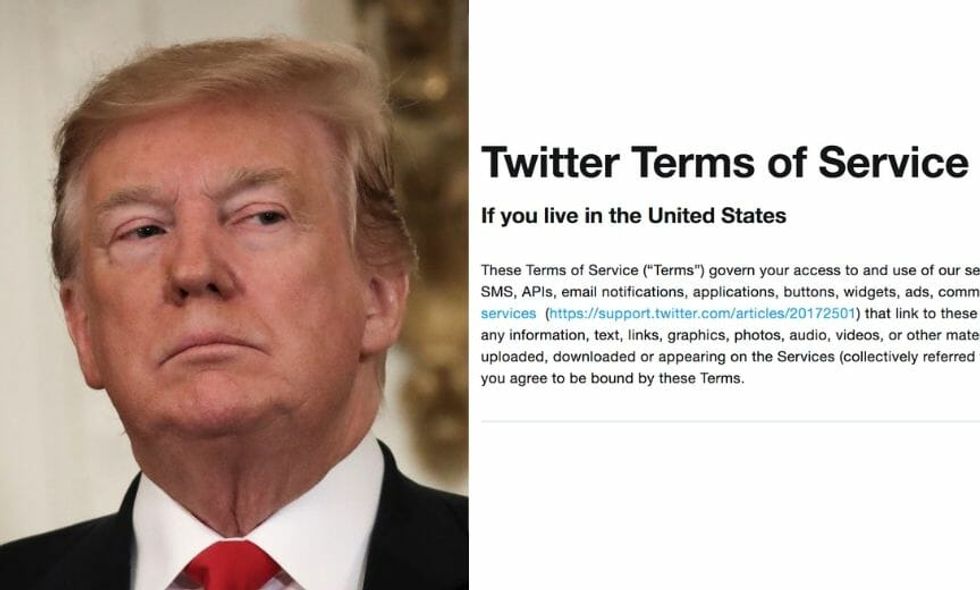 Tensions between the United States and Iran have escalated since President Donald Trump's administration disclosed alleged plans by the country to attack Americans in the Middle East.

In a stark reversal of his administration's efforts to downplay rising tensions with the nation, President Donald Trump minced no words in calling out the country's government on Twitter.

Many were disturbed at Trump's rash words.

But it's not just world leaders and officials calling out Trump's recklessness—it's average Twitter users as well. Many of them say that Trump, in threatening to "end" Iran, violated a section of the terms of service, which state:

"You may not make specific threats of violence or wish for the serious physical harm, death, or disease of an individual or group of people."

People agree that the rules are pretty simple—and that Trump broke them.

However, not too many people are hopeful that the president will face any retribution whatsoever.

For what it's worth, a spokesperson for Twitter explained a year ago why Trump and other world leaders couldn't be banned:

“Blocking a world leader from Twitter or removing their controversial Tweets, would hide important information people should be able to see and debate. It would also not silence that leader, but it would certainly hamper necessary discussion around their words and actions.”