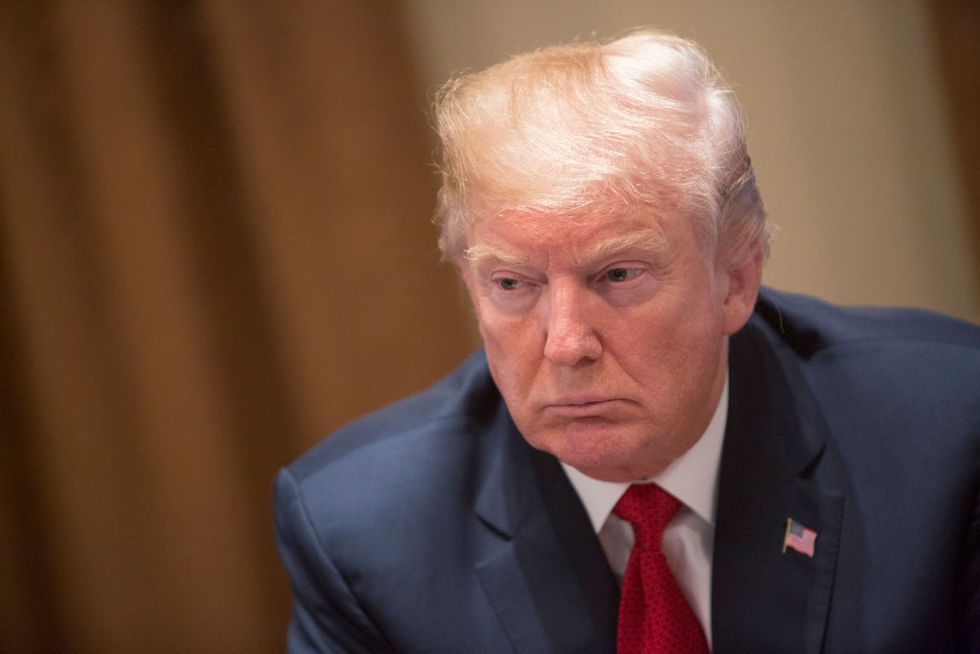 When Donald Trump was running for president, he promised to never again run $400 billion deficits or and that he would cut the national debt after 8 years in office. But his policies do just the opposite, which should come as no surprise from the self-described "king of debt."

“Well, he’s right about that,” joked Capitol Hill budget veteran Stan Collender. “He tried to make it seem that he could cut taxes, raise spending and eliminate deficits all at the same time, to make it seem like he’s a miracle worker...it’s impossible. People who believed him really don’t understand how things work.”

The minute Democrats get control of Congress, Trump will insist that they fix the deficit. Fiscal responsibility gr… https://t.co/gULTbpPSGu
— Bruce Bartlett (@Bruce Bartlett) 1514574639.0

Between his $1.5 trillion dollar tax cuts and recently introduced spending plans on infrastructure (which total $1.5 trillion - irony seems lost here), Trump is reneging on this yuuuuge campaign promise. The surging national debt could also be behind recent wild swings on Wall Street.

The hypocrisy isn't lost on anyone...

Remember when Trump told us he would eliminate the the national debt in 8 years? Contrary to his campaign promise,… https://t.co/5Kned5jTOn
— Kristian (@Kristian) 1518525336.0

...except of course, his Republican enablers, who only care about deficits and debt when Democrats are in office. Deputy White House Press Secretary said this morning that the fiscal plans laid out by the administration actually reduce the deficit, which is of course, completely untrue.

#Bloomberg is reporting the #TRUMP budget would increase the national debt from $21 Trillion to $30 Trillion and in… https://t.co/QoTCPLWBfu
— Vital Information (@Vital Information) 1518479028.0

With no way to pay for his tax cuts, spending cuts, or infrastructure plan, the president is, of course, blaming democrats.

Trump's first official fiscal year in office is set to nearly double the deficit to nearly $1 trillion, which was cut in half by the Obama administration and eliminated under President Bill Clinton. According to some aides, Trump made campaign promises he had no intention or ability to keep. In fact, Trump is now claiming that the time to borrow is now (except for when he promised to never borrow at all).

Trump has, in the past, bragged about how he made his fortunes by declaring bankruptcy and refusing to repay debts. Some call it genius, but some call it for what it really is - gaming the system. Could Donald Trump be planning the unthinkable... could he be planning to borrow big and then stiff our creditors? The debt-based world economy would not survive such a move.