That's pretty much how he runs the government after all. 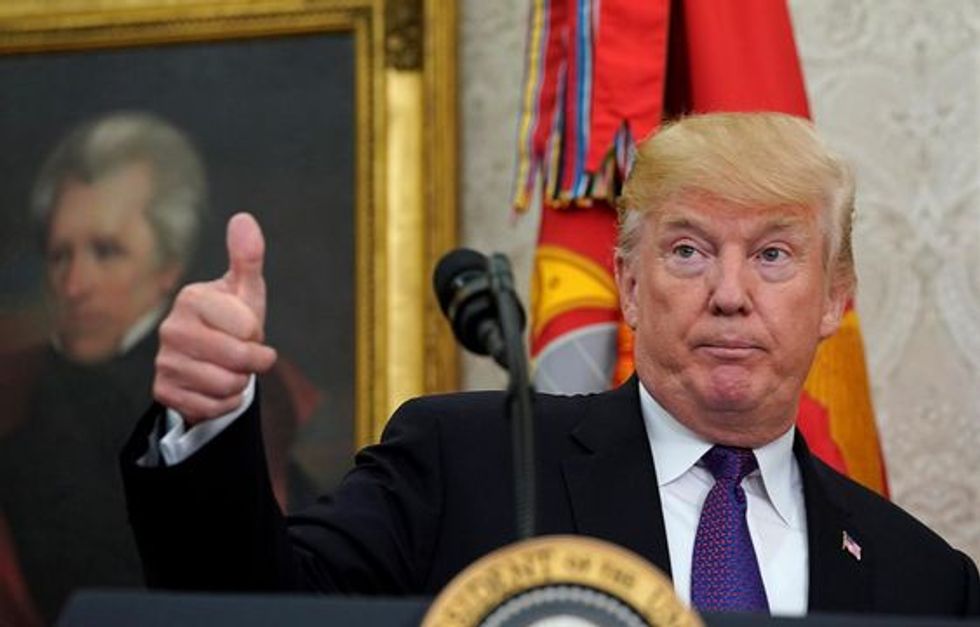 I don’t know Mr. Libby, but for years I have heard that he has been treated unfairly. Hopefully, this full pardon will help rectify a very sad portion of his life.”

The president's reasoning for this pardon harkens back to the Donald Trump of the 2016 presidential campaign. During his run for the White House, Trump often referred to rumors, innuendo and false statements as things he had heard. It's a justification he's been using for years.

"Many people are saying" became almost a catchphrase for then nominee Trump. He used it to say almost anything about his opponents during his rallies in both the Republican primaries and the presidential election.

Many people are now saying I won South Carolina because of the last debate. I showed anger and the people of our country are very angry!
— Donald J. Trump (@Donald J. Trump) 1456157541.0

While now president Trump is not as plagued by overuse of the disclaimer, Libby's pardon justification is indicative of an administration still operating on the same rumor mill principle of decision making.

But while the president often uses the phrases 'that's what I've heard' and 'many people are saying' as both justification and disclaimer, he remains a harsh critic of news media not naming exact sources for everything they report.

The impact of the decision to pardon Libby is minimal. Lewis "Scooter" Libby's conviction for four counts of perjury, obstruction of justice, and making false statements being expunged follows a commutation of his sentence by former president George W. Bush. Libby was not serving time in prison for his crimes.

In the afternoon press briefing, White House spokesperson Sarah Huckabee Sanders provided an official statement, differing slightly from the written statement from the president, regarding the reason for Libby's pardon:

“Before his conviction, Mr. Libby had rendered more than a decade of honorable service to the Nation as a public servant at the Department of State, the Department of Defense, and the White House. His record since his conviction is similarly unblemished, and he continues to be held in high regard by his colleagues and peers. In light of these facts, the President believes Mr. Libby is fully worthy of this pardon.”

The president's focus on what he has heard from those close to him and their interpretation of fairness versus what is spelled out in the rule of law or the constitution concerns his critics.

@potus you listen to the wrong people if you heard that going to prison for lying to a Grand jury and obstructing j… https://t.co/husEDTvArN
— Alive (@Alive) 1523646007.0

Trump made no bones about not being an avid reader before his election and since assuming the presidency, he received flack for requiring briefings that were written to be done briefly and orally.

This tendency to rely solely on what he hears becomes problematic when action is taken or promises are made based on the retelling or rumor versus what is actually on the written page.