We Now Know Where Donald Trump Got the Idea to Sign the Government Funding Bill AND Declare a National Emergency, and It's Classic Trump 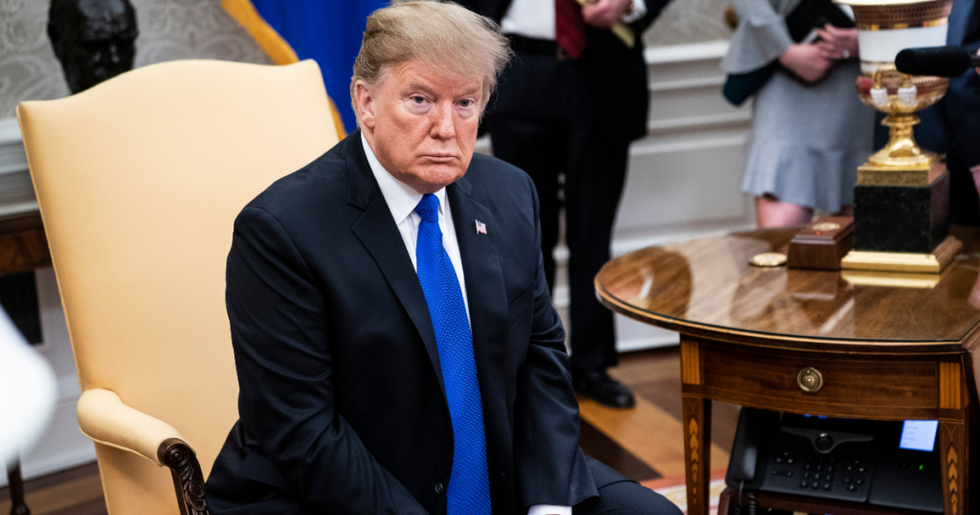 President Donald Trump intends to declare a national emergency over his border wall and it sure looks like he is taking his marching orders from Rush Limbaugh.

"I wouldn't be a bit surprised if that's what they're thinking," Limbaugh said, "to declare a national emergency (or at least threaten to) as part of this thing because the point is gonna be made that this isn't enough."

Limbaugh went into even more detail on his website.

"I think the president’s gonna sign this deal with $1.375 billion in it and then declare a national emergency to access all of the money that he says and that Mulvaney and the administration say that they have rounded up," Limbaugh said. "It may total $23 billion, and that doesn’t count the $14 billion they could seize from El Chapo!"

And that is precisely what the White House announced Thursday afternoon... minus the El Chapo thing, though who knows at this point.

“President Trump will sign the government funding bill, and as he has stated before, he will also take other executive action – including a national emergency – to ensure we stop the national security and humanitarian crisis at the border,” the statement read. “The president is once again delivering on his promise to build the wall, protect the border, and secure our great country.”

@mattklewis Pelosi and Schumer should be calling for negotiations with Coulter and Limbaugh.
— RUexperienced (@RUexperienced) 1550178392.0

Makes you wonder who is really in charge...

All that "Executive Time" is paying off... for Fox News hosts.

National Emergency he will have to run it past President Sean Hannity and Vice Presidents Ann Coulter, Rush Limbaugh, and Laura Ingraham.
— edward collins (@edward collins) 1550177473.0

Limbaugh also said that for Trump, building the wall is personal.

"It’s all predicated on the fact that I don’t think that the president is going to abandon this project," Limbaugh posited. "I don’t even think he sees it as a campaign promise. It is, but I think he sees it as something much more important. It’s national security, and it’s protection of America. It’s all part of 'Make America Great Again.' It’s part of rebuilding America and maintaining America as founded by controlling the border and controlling who gets in and who doesn’t. That has to happen. It has to happen. You know what I would really favor?"

Even scarier is what Limbaugh suggested next.

"I would favor just right now putting an immediate stop to all immigration, just a time out," he said. "Nine months, six months, nine months. Get a handle on what’s happened up to date. Just stop it. You people remember that we essentially stopped immigration from the 1920s to 1965. After the gigantic wave of immigration — legal — from Europe after World War I, we shut it down. There wasn’t… I mean, people were authorized. There was some. It was not zero."

None of this is normal. Happy Valentine's Day.