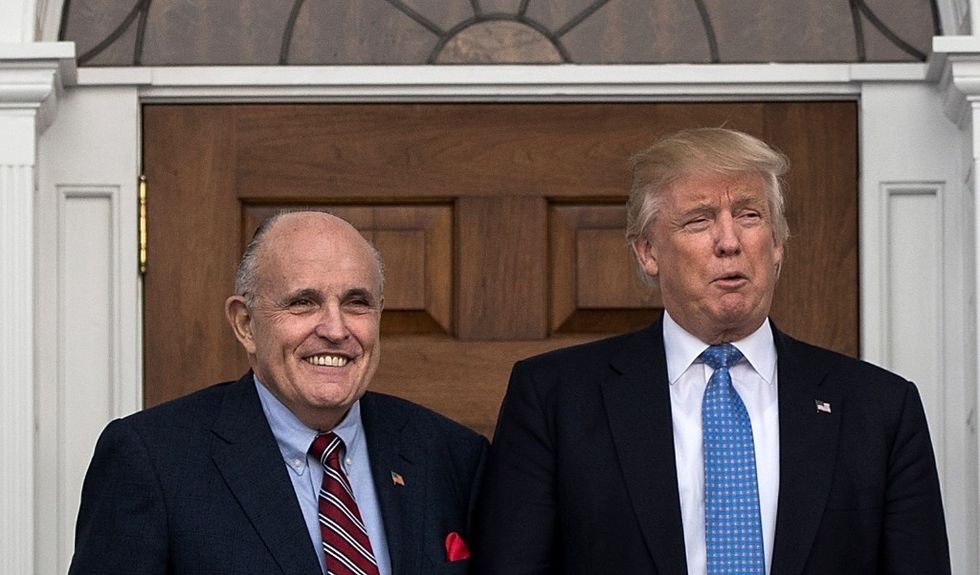 President Donald Trump's personal lawyer, Rudy Giuliani, remains one of the key players in the impeachment inquiry against his client.

In addition to frequently bragging about traveling to Ukraine to implement Trump's pressure campaign on Ukrainian officials to dig up political dirt on former Vice President Joe Biden, the man formerly known as "America's Mayor" is cited in numerous testimonies as a hindrance to the foreign policy interests of the United States.

Giuliani's own words and the diplomats' testimonies have confirmed that Rudy was acting on behalf of his client.

Now, however, Trump is denying that he ever directed Giuliani to pressure Ukrainians into investigating Biden and the 2016 election.

This may come as a surprise, but it appears the President is lying.

In the summary released by the White House of the July 25 phone call between Trump and Ukrainian President Volodymyr Zelensky, Trump specifically tells Zelensky to talk to Rudy about facilitating the investigations.

Trump is on record saying to Zelensky:

"Mr. Giuliani is a highly respected man. He was the Mayor of New York City, a great mayor, and I would like him to call you. I will ask him to call you along with the Attorney General Barr. Rudy very much knows what's happening and he is a very capable guy. If you could speak to him, that would be great."

Trump likely hoped people had ignored his calls to "read the transcript," but they had, and soon, they were calling him out.

@TheBeatWithAri Didn't the transcript of the infamous phone call with the Ukrainian president tell the president to… https://t.co/sGNan5oKp2
— MB In Houston (@MB In Houston) 1574810939.0

Despite Giuliani's as yet-unwavering loyalty to Trump, people saw this coming. It's only a matter of time until Giuliani goes the way of so many other Trump devotees.

Rudy has previously said numerous times that he has "good insurance" if Trump ever does throw him under the bus, before claiming that was just sarcasm.