Donald Trump Tweeted a Picture of His Face on Rocky Balboa's Body, and People Can't Stop Mocking Him 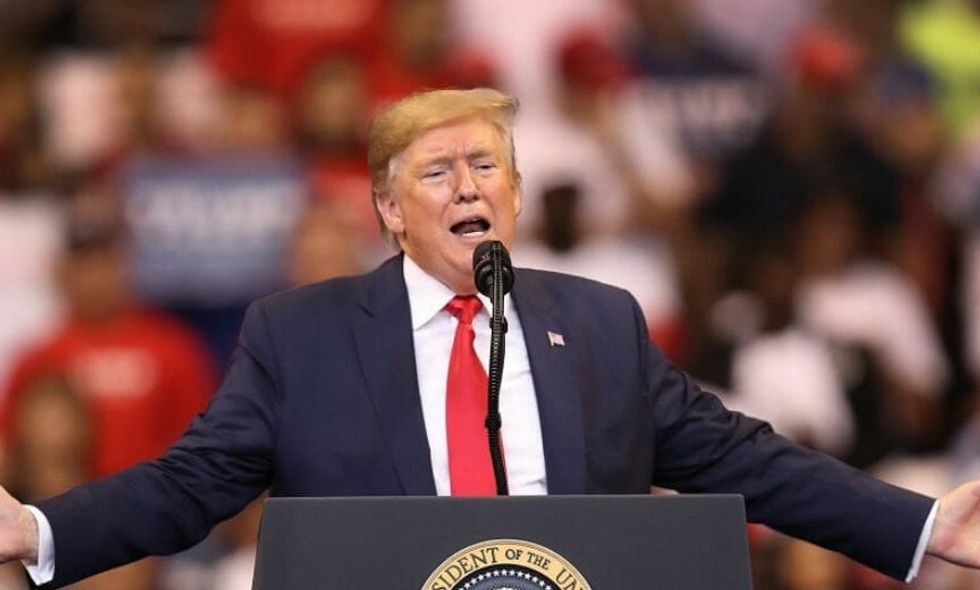 With news that Trump recently took an unexpected trip to Walter Reed Medical Center, Trump falsely claimed that media reports said he had a massive heart attack. While media outlets reported that Trump's hospital visit was unconventional at the least, no reputable outlets speculated what the visit for.

Never one to give up a grudge, Trump repeated the claim that he simply had gone in for one phase of a scheduled physical.

Trump began talking about having to take his shirt off for the doctor, then went on a tangent about his chest.

"Show us that gorgeous chest. We want to see it. We've never seen a chest quite like it."

The trolling continued the day after the rally when the President of the United States tweeted a picture of himself photoshopped onto Rocky star Sylvester Stallone's body.

Even as a joke, people were cringing at the pettiness of the President, who surely has better things to do.

The President of the United States just sent this out, as perfectly normal national leaders often do https://t.co/1c3hPdriiU
— Tom Nichols (@Tom Nichols) 1574872596.0

Really appreciate all the Trump apologists telling me that a man who is this willing to broadcast his insecurity is… https://t.co/mnHipym2Hm
— emptywheel (@emptywheel) 1574872098.0

It brought to light a double standard as well.

The President's supporters champion Trump's obsession with "owning the libs" on their behalf. It's worth wondering, however, when the President will rise above vilifying his critics and trying to unify the country.

It's been three years already, so don't hold your breath.