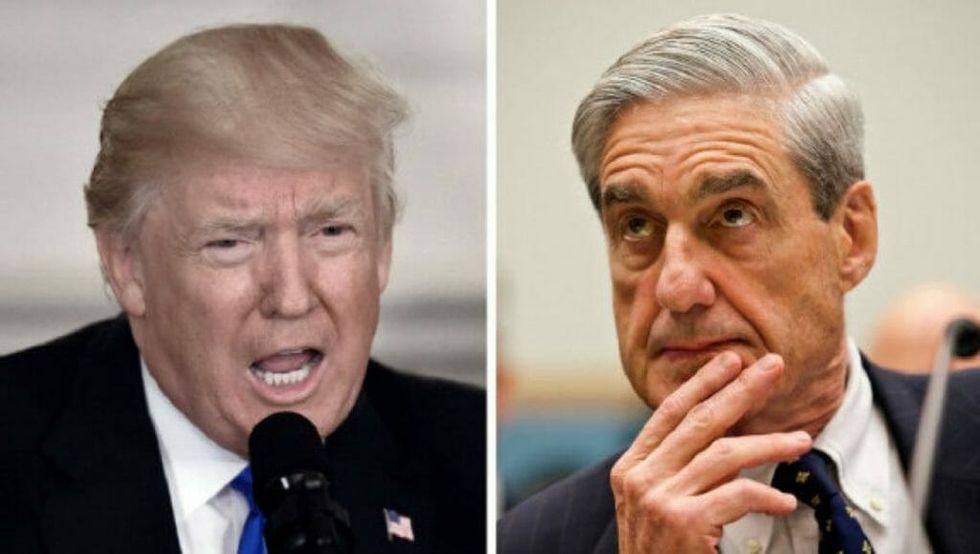 The Trump administration expects Special Counsel Robert Mueller to request an interview with the president for the investigation into Russian interference in the 2016 election. In anticipation, the president’s legal team discussed a range of potential options for the format with the FBI, like written responses to questions instead of the standard face to face, according to three sources.

The preliminary and ongoing discussions seek clarification on whether Mueller would conduct Trump's interview directly. Also of interest to his legal defense team: the legal standard for presidential interviews, the possible location, the topics and the duration. The president’s team also wants potential compromises to avoid an interview completely.

Internal discussions within the president’s legal team began shortly after the Paul Manafort indictment in late October for money laundering in connection with his business dealings with the Ukraine. Manafort served as Trump’s campaign manager during the election.

In addition to the request the president submit written responses in place of an interview, his legal team also proposed just an affidavit signed by the president affirming his innocence in lieu of any questioning. The affidavit would state Trump engaged in no collusion or wrong doing of any kind. Whether such a document would address the president’s firing of former FBI Director James Comey in May 2017, when Comey lead the Russia probe, was unclear.

Justice Department veterans doubt Mueller, who served as FBI director for 12 years, would forgo the possibility of interviewing the president directly.

“Prosecutors want to see and hear folks in person,” said Chuck Rosenberg, former U.S. attorney for the Eastern District of Virginia and chief of staff to FBI Director Comey.

They want to probe and follow up. Body language and tone are important. And they want answers directly from witnesses, not from their lawyers. The odds of prosecutors agreeing to written responses are somewhere between infinitesimally small and zero."

I would never let the prosecution interview my client, but I don't represent the president of the United States, and presidents don't want to plead the Fifth. So this route makes sense."

The president continues to insist publicly that he is not being investigated and describes the Justice Department investigation as a “hoax” and a conspiracy cooked up by the FBI in conjunction with his political opponents.

Well, now that collusion with Russia is proving to be a total hoax and the only collusion is with Hillary Clinton a… https://t.co/9hkgQun4vG
— Donald J. Trump (@Donald J. Trump) 1515162764.0

But definitive proof from the intelligence community and public mea culpas from Facebook and Twitter show Russia attacked the integrity of the 2016 election and sought to push the outcome in Trump’s favor. While Trump claimed a lack of awareness during the campaign, multiple members of his own family and inner circle acknowledged that they did meet and communicate with Russian interests multiple times.