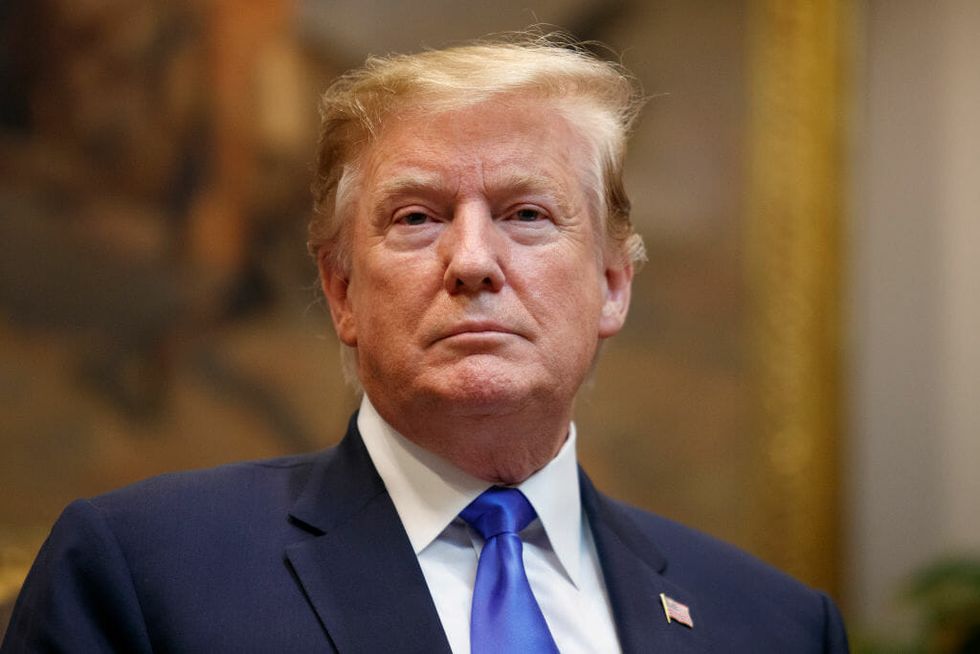 President Donald Trump on Monday continued to boast about his nonexistent exoneration in Special Counsel Robert Mueller's report by falsely claiming that Mueller never spoke with people in his innermost circle.

"Isn’t it amazing that the people who were closest to me, by far, and knew the Campaign better than anyone, were never even called to testify before Mueller," Trump tweeted. "The reason is that the 18 Angry Democrats knew they would all say ‘NO COLLUSION’ and only very good things!"

In reality, Mueller did call those closest to Trump to testify—and none of it was good for Trump.

"Plenty of people close to him, including in his own family, interviewed with Mueller’s team or were at least asked to appear," the Associated Press pointed out. "And of those who did, some said not very good things about their interactions with the president."

One was, perhaps most famously, Michael Cohen.

ABC News revealed in September that Trump's former lawyer and fixer was provided 22 hours of testimony to the special counsel on a wide array of topics involving Trump and potentially criminal activities. Cohen's inside knowledge of Trump world sparked additional investigations into Trump's business dealings, his charity, and finances that are still ongoing. At minimum, Cohen implicated Trump (Individual-1) in campaign finance violations stemming from hush money paid to women who claim to have had affairs with Trump and told Congress that Trump misrepresented the value of his assets on financial forms when applying for loans and disaster insurance.

The Special Counsel called forth the president's own son, Donald Trump Jr.

Trump Jr. refused interview requests from the special counsel's team of prosecutors, but he did provide Congress with more than 27 hours of testimony. Mueller declined to indict him for his dealings with Russians during the campaign, however, numerous investigations have spawned from Mueller's probe, and there is still the possibility that Junior will be legally ensnared in one or more of them.

They spoke with Jared Kushner.

Trump's son-in-law and top Middle East peace negotiator spoke with Mueller in November 2017 about Lieutenant General Michael Flynn, Trump's first national security advisor who was fired just three weeks after taking office. Flynn pleaded guilty lying to the FBI about his contacts with Russians during the campaign. He is still acting as a cooperating witness in other criminal probes.

It was not just members of Trump's family and his former fixer from whom Mueller extracted potentially damaging information.

The former White House counsel's testimony detailed efforts by Trump to curtail the Russia investigation. McGahn said that Trump pressuring him to fire Mueller and to "do crazy sh*t" led him to resign. On Monday, McGahn was subpoenaed by the House Judiciary Committee as a follow up to the substantial assistance he provided to Mueller and his team of investigators.

Trump's lies are becoming more absurd by the day.

@realDonaldTrump They all did, except you and your spawn. You both refused. Jr refused to meet & you refused to ans… https://t.co/Hn7vVruHfS
— Nancy Lee Grahn (@Nancy Lee Grahn) 1555970370.0

@davidfrum I sometimes wonder if there's a daily lie quota up on some chalkboard in the White House like the sales… https://t.co/etAFqLmxTS
— Chris McCann (@Chris McCann) 1555965525.0

All of this is just the tip of a very deep iceberg.