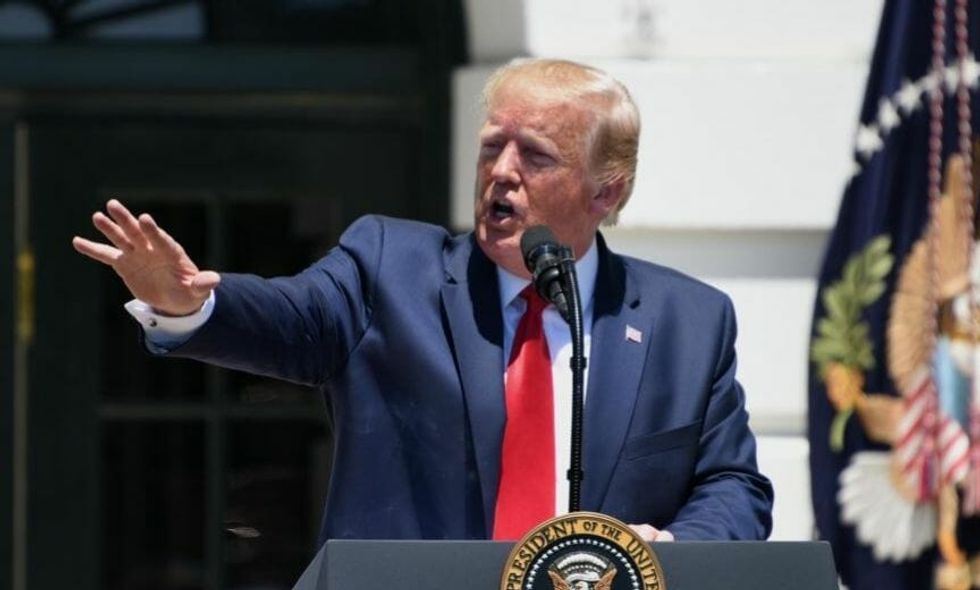 According to the report, Senator Lindsey Graham (R-SC) urged the president to reframe the racist position implied in his tweets, to instead focus on patriotism.

Graham wasn't the only one urging Trump to take this route.

"Advisers wrote new talking points and handed him reams of opposition research on the four congresswomen. Pivot to patriotism. Focus on their ideas and behavior, not identity. Some would still see a racist agenda, the argument went, but at least it would not be so explicit."

In his Twitter screed, Trump insisted that he was never given talking points for last week's presser at the Made in America summit, where he addressed the inciting tweets.

Except that we all watched him literally pull talking points out of his jacket.

@AaronBlake @jabinbotsford Here’s where he takes them out of his jacket pocket https://t.co/dYmfAsPuJi
— David Nakamura (@David Nakamura) 1563799906.0

And it did not go unnoticed.

These are Trump's talking points from earlier today, and I busted out laughing when I finally realized what his wri… https://t.co/vBxmv3xniw
— Susan Simpson (@Susan Simpson) 1563220944.0

Some of the article's authors soon responded to the tweet, but didn't dignify Trump's baseless claims with much of a response.

Rather unusual feeling when you leave a yoga class and realize the President of the United States has angrily tweet… https://t.co/KY1eINepkC
— Seung Min Kim (@Seung Min Kim) 1563715100.0

Something tells us it won't be long before Trump rants about another story instead.