Donald Trump Just Tweeted a Rancher's Claim That They've Found Muslim Prayer Rugs Near the Border, and a Twitter Sleuth Has a Compelling Theory 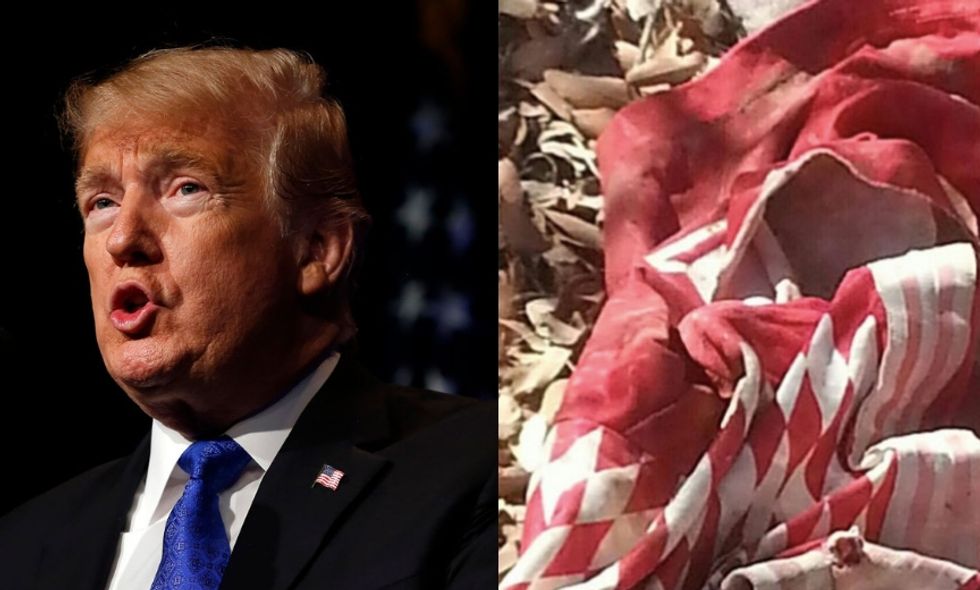 As his own crimes begin to come to light, President Donald Trump has taken to Twitter, advancing a conspiracy theory that preys on misguided, manufactured fears of immigrants and Muslims.

Trump tweeted about ranchers finding prayer rugs on the southern border, where he still demands a wall and has proven willing to hold the government hostage to do so.

Even if finding a religious artifact near the border was somehow enough of a reason to worry about incoming terrorists, the President neglected to mention that the Washington Examiner article provided no pictures and no valid sources.

The Washington Examiner article the president is quoting is very bad. The “prayer rugs” claim was made by a single… https://t.co/NliavuCB7h
— Daniel Dale (@Daniel Dale) 1547818732.0

This appears based on a Washington Examiner story which cited one rancher who also noted “Czechoslovakians” crossin… https://t.co/6fbhmOicbo
— Jim Sciutto (@Jim Sciutto) 1547818882.0

The article is based on a single source: an unnamed rancher. She claims that people have been finding prayer rugs, or fragments of them, yet provided no evidence to the Washington Examiner, which is known to be a right wing publication.

It's a good indication of the sources Donald Trump trusts as "real news," and people are getting sick of his attempts to stoke fear.

@realDonaldTrump I see you’re throwing in some anti Islamic sentiment to appease your racist base
— Roland Scahill (@Roland Scahill) 1547817992.0

@realDonaldTrump Prayer? Did you mention prayer? Here's a great Bible quote for you: "Do not mistreat or oppress… https://t.co/QM49wDmna3
— William LeGate (@William LeGate) 1547817897.0

Though Trump cited the Washington Examiner, the rancher's lack of sources and admission to never having seen these prayer rugs herself in the article led one Twitter detective to resurface an even more outrageous story.

The radical white nationalist publication Breitbart shared what it purported to be a "Muslim prayer rug" at the Arizona border.

Turns out, it was a discarded Adidas jersey.

Americans have had enough.

@YesYoureRacist Well, that’s good. I was worried about the absentminded Muslims who left all their rugs after praye… https://t.co/zV2AbS9Jfv
— Kevin Donato (@Kevin Donato) 1547821297.0