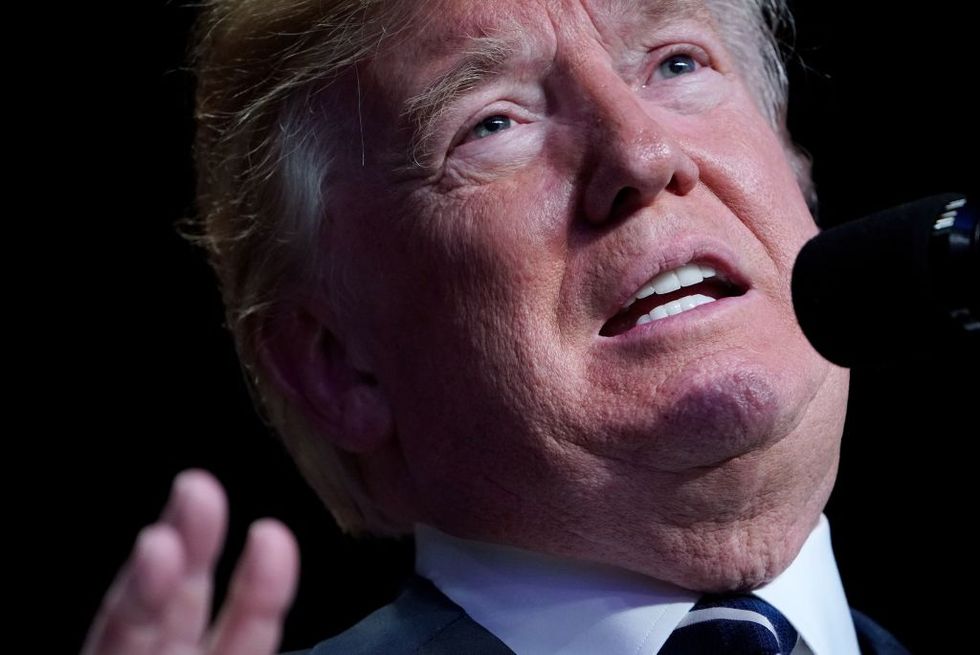 President Donald Trump speaks during the National Prayer Breakfast at a hotel in Washington, DC on February 8, 2018. (MANDEL NGAN/AFP/Getty Images)

The Pennsylvania Supreme Court has redrawn the state's congressional districts after Republicans in the state legislature and Governor Tom Wolf (D) failed to reach an agreement by the February 15th deadline.

BREAKING: the Pennsylvania Supreme Court has issued a new congressional map. This is a huge step in the fight again… https://t.co/3Mmq4Byhbm
— NDRC (@NDRC) 1519075273.0

Earlier this month, the PA Supreme Court ruled that the gerrymandered districts "“clearly, plainly and palpably violates the Constitution of the Commonwealth of Pennsylvania." In their ruling, the court wrote that "if the governor accepts the General Assembly’s congressional districting plan, it shall be submitted to this court on or before February 15…If no plan is submitted, that court would adopt a plan based on the evidentiary record developed in the Commonwealth Court."

The US Supreme Court declined to halt the decision to delay updating the map.

This morning, President Donald Trump took to Twitter to weigh in on the newly drawn map.

Twitter didn't take kindly to Trump's idea, and were quick to point out the reason behind the court's rulings.

The President clearly does not understand basic civics, or why this ruling was necessary in the first place. After all, to Trump, nothing is more important than winning.

Of course, there were those who just went for the jugular.

"So...you endorse gerrymandering rather than a fair vote, you misunderstand PA state history and you continue to capitalize like a fifth grader studying German! If you stopped tweeting, people would like you a lot more. Consider that," Liz Spikol tweeted.

It's going to be a long week.