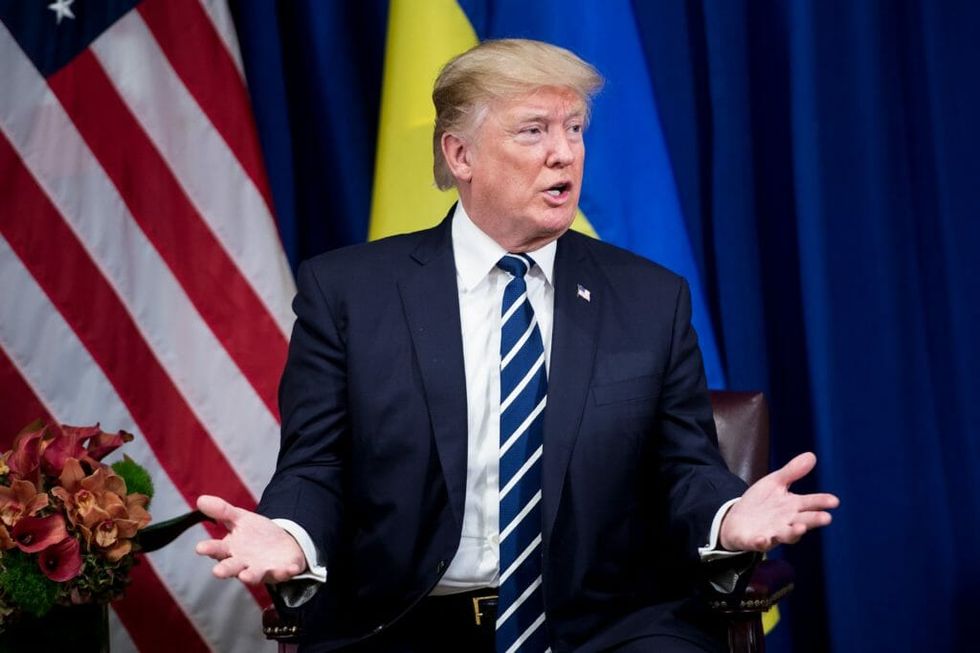 Last night, President Donald Trump imposed new limits on travel to the United States from eight countries to go into effect October 18. The move appears to be his next step from his original travel ban, which restricted travel from six Muslim-majority nations. The president's new proclamation keeps restrictions on five of those six countries––Iran, Libya, Somalia, Syria, and Yemen–– lifts restrictions on visitors from the Sudan and permanently bars visitors and immigrants from Chad, North Korea, and Venezuela. The president cited threats to national security posed by letting their citizens into the country.

“As president, I must act to protect the security and interests of the United States and its people,” Trump said in the proclamation. "I am committed to our ongoing efforts to engage those countries willing to cooperate, improve information sharing and identity-management protocols and procedures, and address both terrorism-related and public-safety risks."

The president added that "certain conditional restrictions and limitations" will remain in effect until the governments of the affected nations “satisfactorily address the identified inadequacies.”

Critics admonished Trump, accusing him of overstepping his legal authority and violating the U.S. Constitution's protections against religious bias.

"The fact that Trump has added North Korea — with few visitors to the U.S. — and a few government officials from Venezuela doesn't obfuscate the real fact that the administration's order is still a Muslim ban," said Anthony D. Romero, executive director of the American Civil Liberties Union. "President Trump's original sin of targeting Muslims cannot be cured by throwing other countries onto his enemies list."

Officials within the administration argue that the ban is necessary to keep Americans safe. In a statement released by the White House, Mr. Trump defended the new proclamation, saying that “we cannot afford to continue the failed policies of the past, which present an unacceptable danger to our country. My highest obligation is to ensure the safety and security of the American people, and in issuing this new travel order, I am fulfilling that sacred obligation.”