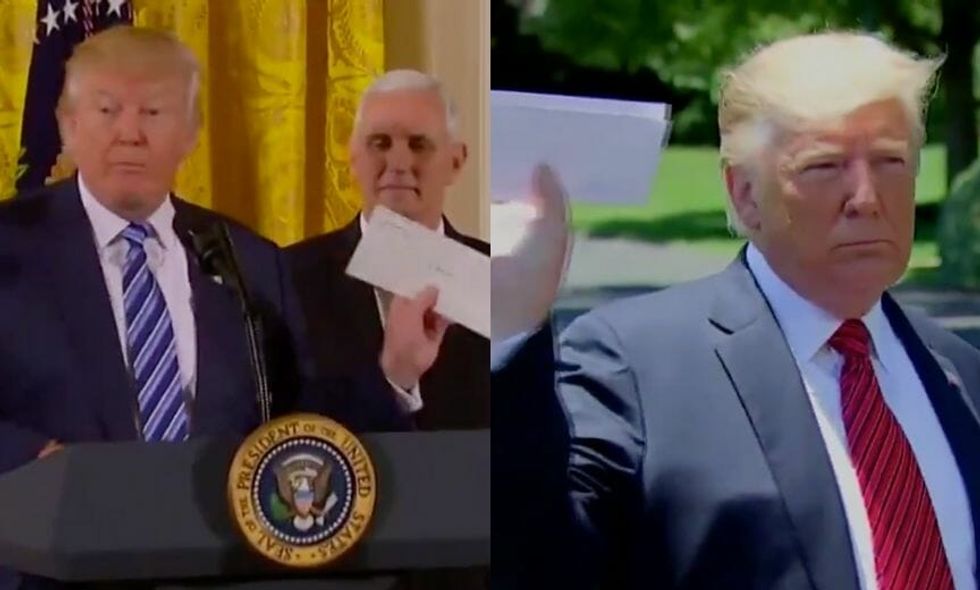 Yet with his latest alleged agreement with Mexico, Trump is literally keeping his cards close to the chest: He's walking around with the one-page agreement in his breast pocket.

Trump touted the sheet of paper in front of reporters yesterday, but wouldn't disclose what was on it, assuring that Mexico would announce its contents in due time. The secrecy of the deal got MSNBC's Morning Joe nostalgic for the other times Donald Trump has bragged about a secret agreement, corroborated by an ironclad sheet of paper.

The first clip shows Trump—his presidency two days old—brandishing a letter from former President Barack Obama. Trump gloats that he "won't even tell the press what's in that letter."

In the second, he claims to have a letter from North Korean leader Kim Jong Un. "Oh would you like to see what's in that letter! How much? How much?"

The video concludes with the recent letter of agreement between the United States and Mexico, with Trump assuring reporters that he would let Mexico make the announcement at the right time.

The compilation had people wondering: What's with all the secrecy?

Trump may not give us details, but he surely gives us sheet.