The form of birth control they favor fails 25% of the time. 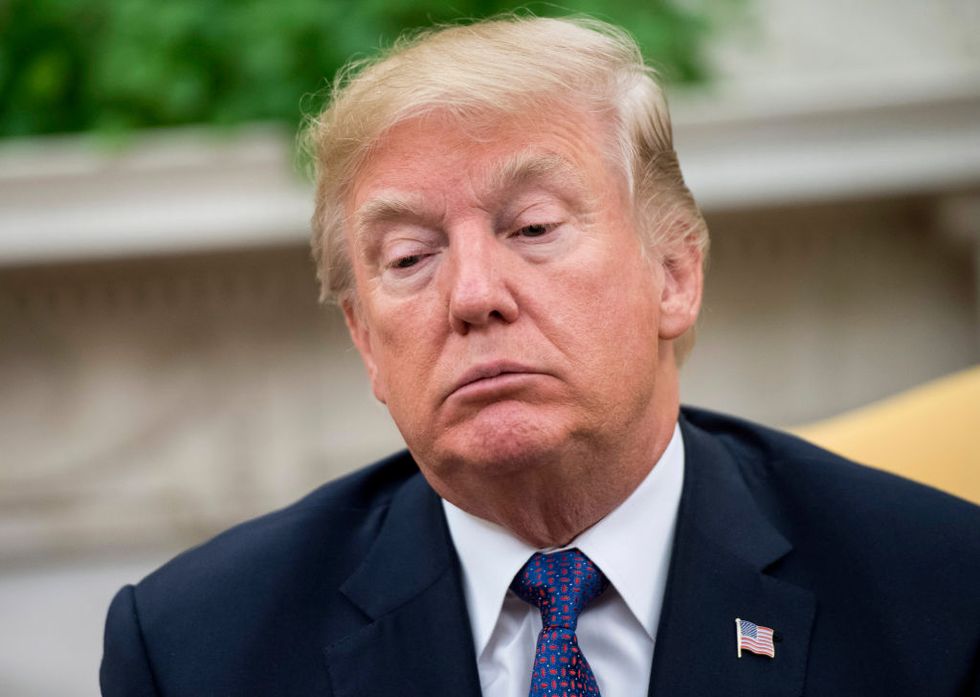 According to a leaked memo, the Trump administration wants to replace reliable birth control methods with "fertility awareness." But the so-called rhythm method fails women 25% of the time.

White House officials wrote they intend to slash funding to the U.S. Agency for International Development's family planning budget. The Trump administration already signed a memorandum to cut funding to any organization providing, advising or educating about abortion. In addition to "equal funding" for fertility awareness, the memo further specifies fertility planning as the sole birth control method for young girls.

Fertility awareness or planning, widely known as the "rhythm method," requires women to track their menstrual cycles over several months. After calculating the days they're likely ovulating, they must avoid sex during that time.

However approximately 30 percent of women experience irregular periods. The rhythm method fails to prevent pregnancy at one of the highest rates of any family planning method. Also, this process asks a lot of young girls, who often learn little about reproduction and their bodies thanks to abstinence-only education.

"I'm quite concerned it could lead to more unintended pregnancy," said Dr. Kristyn Brandi, an OB/GYN based in Los Angeles and a fellow with Physicians for Reproductive Health.

It would be especially harmful to girls who don't have an awareness of their bodies or of other evidence-based methods to prevent pregnancy."

"If we're limiting women's contraceptive choices or not informing them of all of their choices, women could become pregnant more often, which could lead to more abortions." Brandi says.

If [the Trump administration's] goal is to decrease abortion, they're doing exactly the opposite."

However the Trump administration's named resources may not provide the most reliable information. The leaked memo cites Katy Talento, a Domestic Policy Council member who wrote about the supposed side effects of hormonal birth control methods, as a point of contact. In a January 2015 column for The Federalist, Talento argued that birth control pills could be "breaking your uterus for good."

"This memo reveals not only a disdain for women’s health and lives, but a lack of understanding of the basics of sexual and reproductive health," wrote Dawn Laguens, executive vice president of the Planned Parenthood Action Fund, in a press release.

This is the Trump Administration’s true agenda laid bare: eliminate women’s basic health care for the sake of an extreme political agenda, no matter how many get hurt along the way."