Donald Trump Tried to Clear Up His Whole Meghan Markle 'Nasty' Debacle By Literally Just Repeating It Over and Over, and Yeah, That's Not Helping 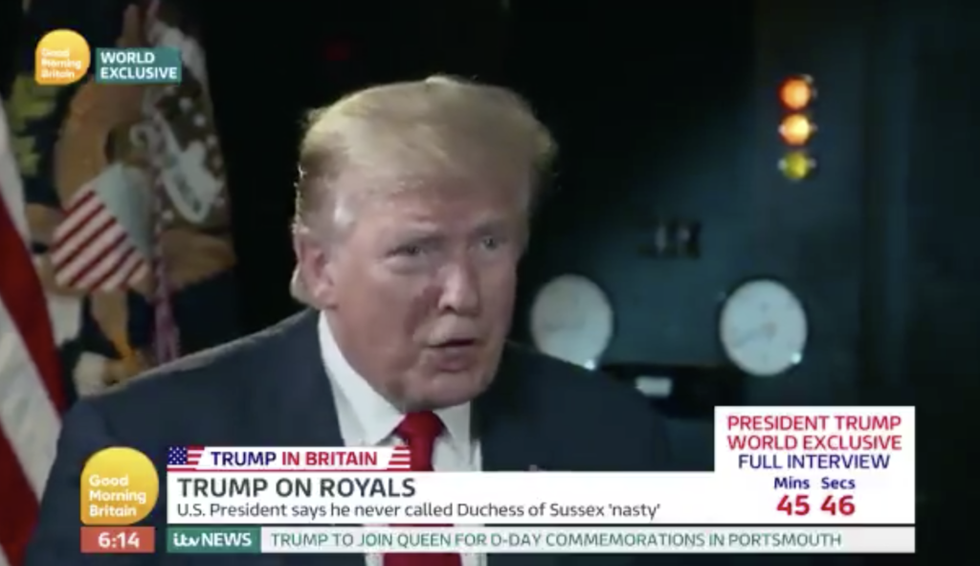 President Donald Trump raised eyebrows earlier this week when he called the American-born Duchess of Sussex, Meghan Markle, "nasty." Trump was responding to comments Markle made on a Comedy Central show, calling his behavior divisive.

When told of the comments by an interviewer with The Sun, Trump said:

The president and the White House would claim he never made the comments, despite there being audio proof. One official Trump Campaign account, the Trump War Room, said the claim was false. In the same tweet, it even attached the audio, claiming it exonerated Trump instead of proving The Sun's claim true.

Now finishing up a state visit to the United Kingdom, Trump tried to walk his comments back in an interview with Piers Morgan. Perhaps unsurprisingly, Trump made things worse.

"It just shows you how terrible the news can be," Trump said. "They have the tape, they released the tape and CNN and some of the other phonies they went out and they took the tape and they even tried to [unintelligible] it from that."

@kylegriffin1 Its deliberate. Not him being dumb. He just doesn't care about other people enough to worry
— Terror and Love (@Terror and Love) 1559737994.0

Trump has frequently derided women as nasty, whether it be on a national debate stage or on Twitter: