16 States Just Sued Donald Trump Over His Declaration of a National Emergency, and They Used His Own Words From His Press Conference Against Him 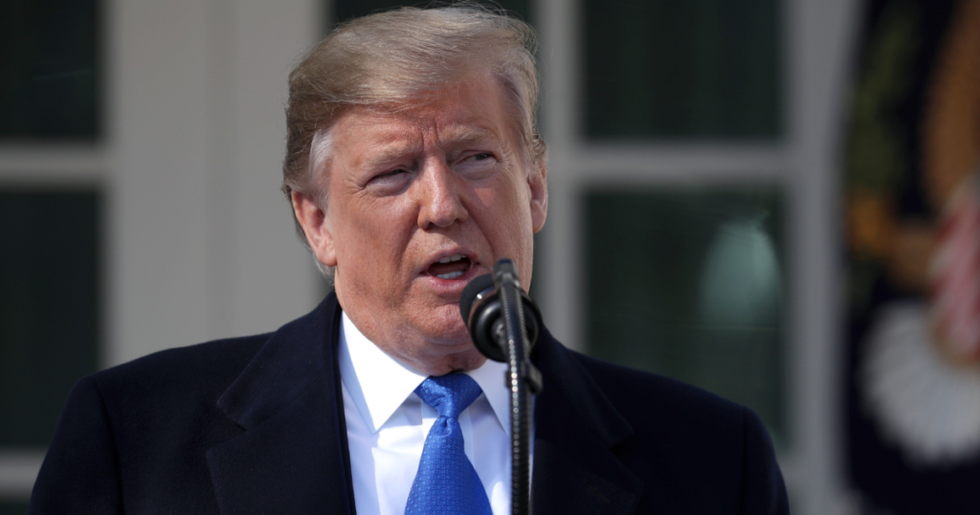 During a winding February 15 press conference in the Rose Garden in which he declared a national emergency to fund a wall at the southern border, President Donald Trump (somewhat melodically) predicted a winding legal battle ahead of him, leading all the way up to the Supreme Court.

Now, 16 states have taken the first step in making his prediction come true.

In fewer words, that's exactly what he said he did.

California Attorney General Xavier Becerra cited the President's own words in the Rose Garden as evidence, telling the New York Times: “Probably the best evidence is the president’s own words.”

Most damningly, the President said when announcing the national emergency declaration on Friday:

"I could do the wall over a longer period of time...I didn’t need to do this, but I’d rather do it much faster.”

For many, the statement deflated the insistence of the President that there exists a crisis at the southern border which warrants an emergency.

The statement is now referenced in the lawsuit filed by the 16 states.

From the moment Trump said the words, many believed he'd have to defend them in court, so they were surprised it took 30 pages before the suit mentioned them.

But the point is that it's there.

To many, the words were a nail in the coffin that perfectly illustrated why there was no national emergency. The President admitted there wasn't at a press conference designed to convince the public that there was.

At least it's an on-brand move for Donald Trump.