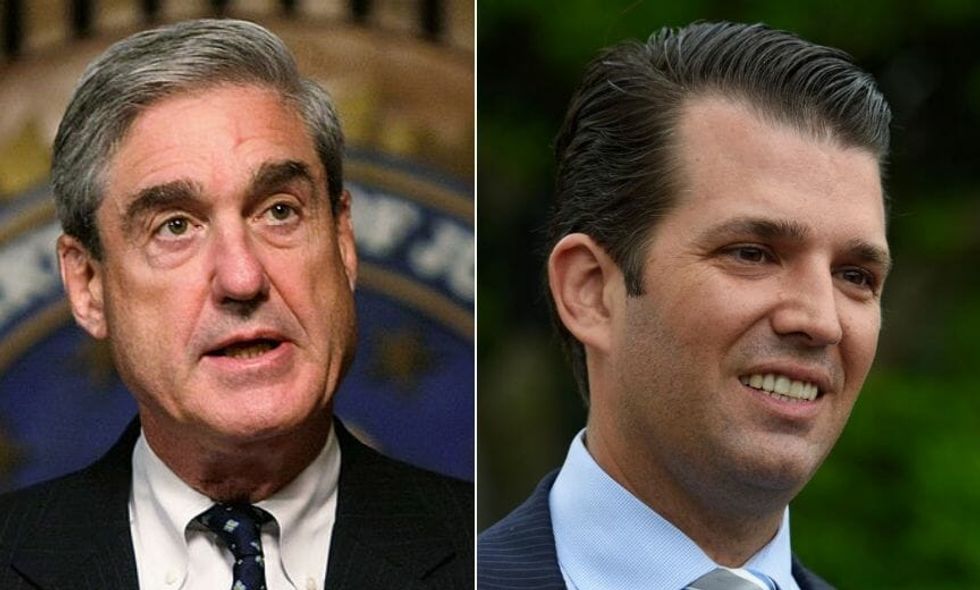 On Wednesday, Special Counsel Robert Mueller held a surprise press conference wherein he elaborated on his report of the investigation into Russian interference in the 2016 election, as well as President Donald Trump's attempts to obstruct it.

The claims that there was no collusion or obstruction are downright lies. In both cases, the report says that there was insufficient evidence to pursue these crimes—not that no crimes occurred. In fact, Mueller stated explicitly during the presser:

"If we had confidence that the president did not commit a crime, we would have said so.”

People immediately began fact checking him for this claim.

@DonaldJTrumpJr This is what Robert Mueller said at today's press conference: “If we had had confidence that the… https://t.co/ShqR6XYf8E
— Morten Øverbye (@Morten Øverbye) 1559151386.0

@DonaldJTrumpJr "If we had confidence that the president did not commit a crime, we would have said so” — Mueller
— Reader Adrift (@Reader Adrift) 1559161737.0

As for the investigation being based on lies, many pointed out Trump Jr.'s willingness to meet with Russian operatives for damaging information on Hillary Clinton—a meeting that would come to be known infamously as the "Trump Tower Meeting." When asked if this information would interest him enough to meet, Trump Jr. responded in an email:

@DonaldJTrumpJr -you're still a traitor for taking a meeting with Russians to get dirt on another American.
— Devin Duke (@Devin Duke) 1559150519.0

@DonaldJTrumpJr Add: you are still a traitor and met with a hostile foriegn country with the hopes of changing the… https://t.co/ldqgCnA94N
— greer westerink (@greer westerink) 1559186671.0

However, one thing Don Jr. said was true: