Donald Trump Jr. Just Tried to Shame Kirsten Gillibrand for Running for President 'As a Mom' and Twitter Made Him Regret It Immediately 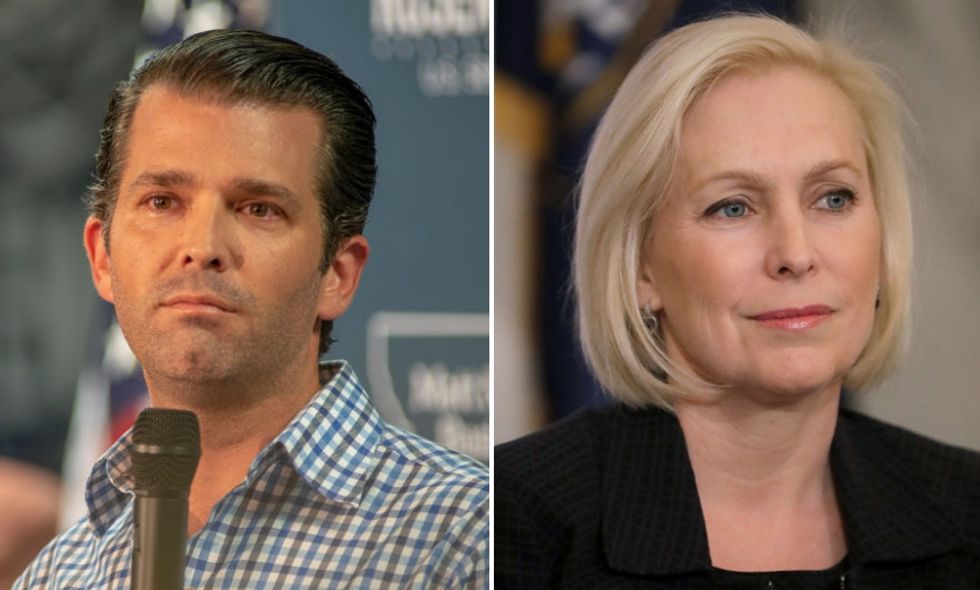 November of 2020 is just under two years away and the crop of Democratic candidates who will take on President Donald Trump in the 2020 election continues to grow.

Among them is Kirsten Gillibrand. The New York Senator is currently touring the country to speak with voters and potential supporters.

On Tuesday, Senator Gillibrand tweeted an article asserting that—though some might think it's risky—she's running "unabashedly as a mom." She's likely right about the risk, considering a cultural climate in which the vast majority of male presidential candidates (and subsequent presidents) in the past have had children, but only female candidates have had to grapple with questions pitting parenthood against the presidency.

Some might say that running unabashedly as a mom is risky. Not to me. Parents have skin in the game for the country… https://t.co/D94PsplnGD
— Kirsten Gillibrand (@Kirsten Gillibrand) 1550592634.0

However, the President's eldest son, Donald Trump Jr., thought the assertion was hogwash. It wasn't long before he let Gillibrand know.

@DonaldJTrumpJr The only reason your daddy, @realDonaldTrump knows your name is because it’s his. He also knows… https://t.co/8HJzJN32vZ
— GringaDiaries (@GringaDiaries) 1550646765.0

@DonaldJTrumpJr Oh honey, no. You brought up parenting and thought that would go your way.
— Catherine (@Catherine) 1550623422.0

But it was Gillibrand's response that was by far the most effective.

Rather than getting dragged into a Twitter confrontation with one of the website's most infamous personalities, the Senator from New York simply replied with a link for supporters to donate.

And donate they did.