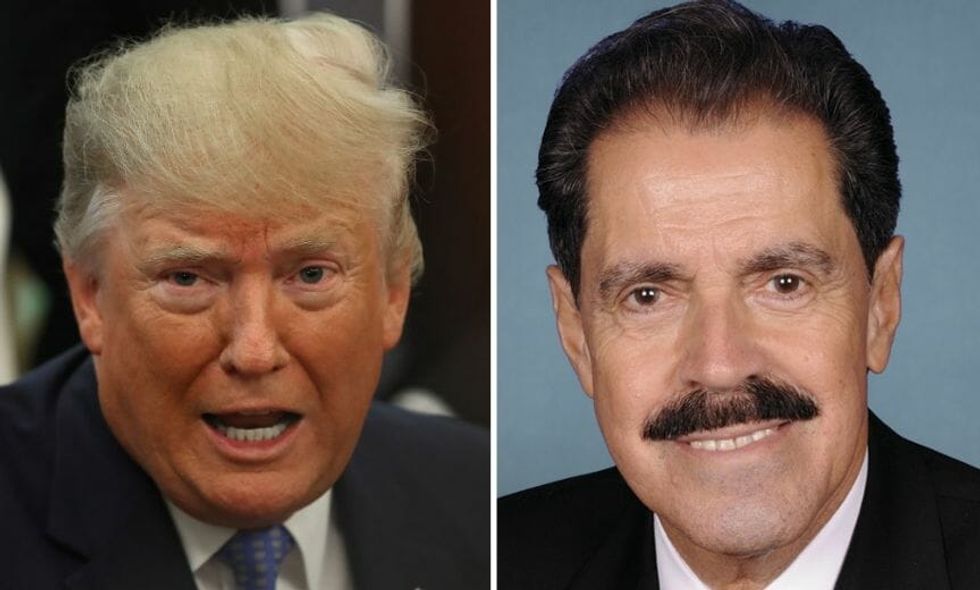 Despite the Supreme Court temporarily blocking the measure, President Donald Trump is insisting that his administration will continue in its efforts to include a citizenship question on the 2020 census, even if it means delaying the constitutionally mandated count.

Democrats emphatically came out against the question's inclusion, fearing it would result in a lack of public resources due to Americans underreporting. House Speaker Nancy Pelosi (D-CA) even said the question's purpose is solely to "make America white again," alluding to Trump's infamous 2016 campaign slogan.

Counteracting the White House's determination, Congressman Jose Serrano (D-NY) has vowed to block the effort. As the House Democrat overseeing spending on the Department of Commerce and the Census Bureau, Serrano has a powerful say in the matter.

Warning that reprinting of the Census would cost hundreds of millions of dollars, the congressman vowed:

"I have no intention of allowing this flagrant waste of money. I once again urge the Trump Administration to give up this fight and allow for a depoliticized and accurate census, as we always have."

Read the full statement below:

The Department of Justice legal team making the case for the question's inclusion recently experienced a massive shakeup, leading many to believe that veteran officials don't believe a delay in the census has any judicial standing.

@nprpolitics Trump getting desperate. Hard to find attorneys willing to carry the Trump taint around their neck for… https://t.co/8oeE3hqNDP
— Caryn Vesperman (@Caryn Vesperman) 1562606486.0

Even the Administration's own lawyers are signaling they don’t support its politically motivated attempt to undermi… https://t.co/CNT7TPO97U
— Mark DeSaulnier (@Mark DeSaulnier) 1562611863.0

The answer to this question? Far from over.