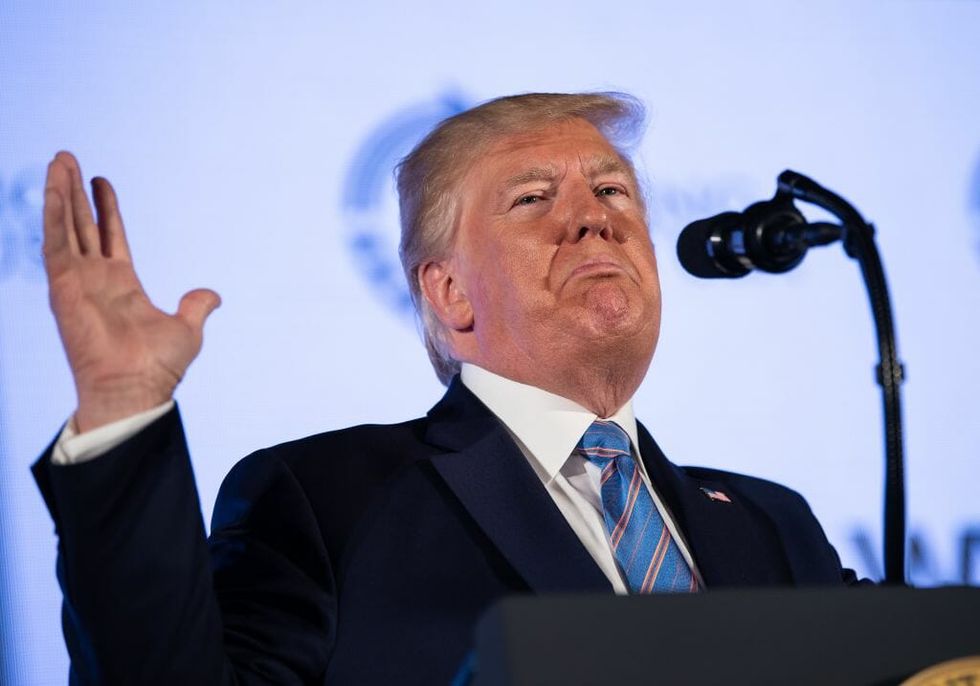 Despite long-held beliefs that Democrats launching impeachment proceedings against President Donald Trump would backfire, public support for the President's impeachment continues to rise as more information regarding Trump's corrupt dealings with foreign leaders comes to light.

Trump's impeachment got an unexpected—albeit likely accidental—endorsement this morning from its own subject: President Donald Trump himself.

In a caps-ridden tweet touting a boost in median household income, the President ended with a sentence that seemed to support his own impeachment:

Read the bizarre assembly of words below.

Soon, "Impeach the Pres" was the top trending topic in the United States, with people eager to seize upon the gaffe.

So @realDonaldTrump just called for his own impeachment🤣😂🤣😂 I couldn’t agree more! Impeach the Pres https://t.co/HYQSid1ZWS
— David Leavitt (@David Leavitt) 1571158968.0

While his intent may have been something completely different, people were surprised that Trump said something they agreed with.

Not sure that the 48 word intro is really necessary (Twitter is all about brevity, right?) Anyway, couldn’t agree m… https://t.co/ujF0IjS9rD
— jeremy dangerhouse (@jeremy dangerhouse) 1571153944.0

As for Trump's claims that median household income is the highest ever, the President's claim is misleading. According to the Washington Post, household income is "roughly the same as it was 20 years ago," when adjusted for inflation. Median income is rising only at around half the rate that it rose in 2017.

Income inequality, however, is at its highest ever recorded.