A Day After Calling on Congresswomen of Color to 'Go Back' Where They Came From, Trump is Now Demanding They Apologize 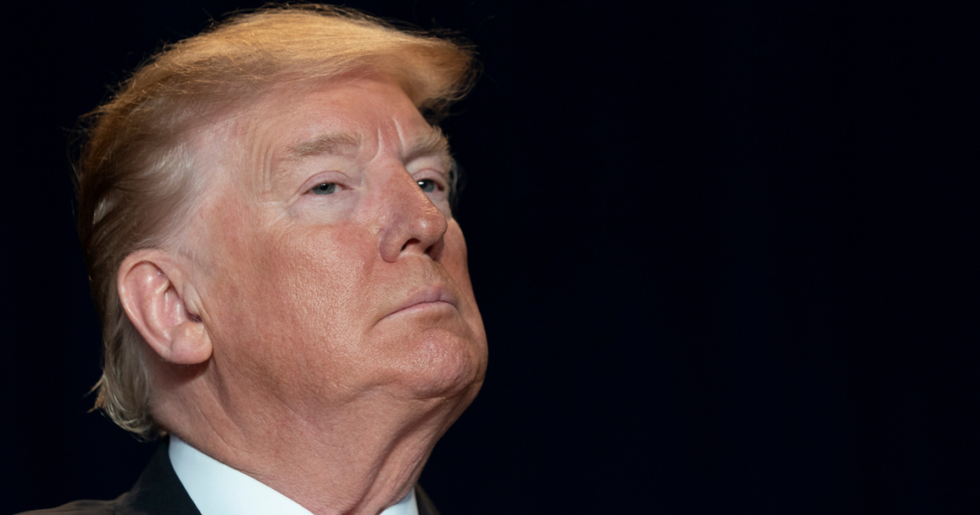 President Donald Trump disturbed Americans everywhere on Sunday when a Twitter thread of his expressed a new and deeper level of racist sentiment.

Railing against the "Squad" of freshman progressive lawmakers—Congresswomen Alexandria Ocasio-Cortez (D-NY), Rashida Tlaib (D-MI), Ilhan Omar (D-MN) and Ayanna Pressley (D-MA), Trump claimed that the women should "go back" to their countries.

All of the women Trump is referring to are American citizens, three of whom were born in the United States. It's unclear which countries Trump was urging them to return to, and Democrats everywhere immediately decried the racist comments.

Yet Trump showed no regret. In fact, he's now demanding that the congresswomen apologize to him and the rest of the country, accusing the women of racism instead.

When will the Radical Left Congresswomen apologize to our Country, the people of Israel and even to the Office of t… https://t.co/xCPlEhKpLj
— Donald J. Trump (@Donald J. Trump) 1563188069.0

If Democrats want to unite around the foul language & racist hatred spewed from the mouths and actions of these ver… https://t.co/GAtawnjE9d
— Donald J. Trump (@Donald J. Trump) 1563190945.0

People weren't about to let his racism and hypocrisy go unchecked.

@realDonaldTrump You are so unqualified, so incompetent, so unworthy of this job it’s beyond staggering. The absolu… https://t.co/kfKg35NEVm
— Andy Ostroy (@Andy Ostroy) 1563189090.0

@realDonaldTrump when will our president apologize for being a fluorescent tangerine traffic cone with a tangled ra… https://t.co/KmrvhrJGJE
— Jeff Tiedrich (@Jeff Tiedrich) 1563188218.0

@realDonaldTrump This is ironic for several reasons of course because: - you say horrible things nonstop from insid… https://t.co/pdynnoJaoB
— God (@God) 1563197577.0

One group, however, was noticeably silent.

@realDonaldTrump With 100% of Republicans in Congress condoning his call to deport 4 Democratic Congresspeople, all… https://t.co/Nftu4aAe9N
— David Rothschild (@David Rothschild) 1563188519.0

Republicans in Congress who refuse to denounce Trump’s unabashed racism are spineless and amoral. Whatever else the… https://t.co/7gJKlJC74q
— Brian Klaas (@Brian Klaas) 1563127323.0

At this time, no prominent Republican lawmakers have rebuked Trump's comments.