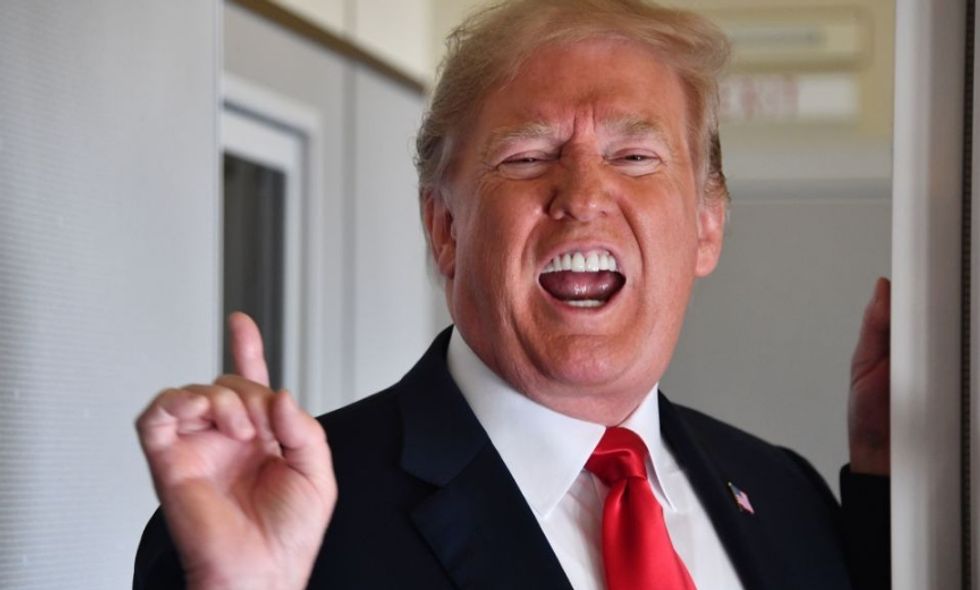 Thursday brought a record high and, with it, a new low.

The Washington Post reported that President Donald Trump made more than 5,000 "false or misleading statements" in 601 days as president. While that averages out to around 8.3 false statements a day, the president is actually lying more as his presidency continues, with his false statements averaging to 32 times a day of late. Recently, he reached a single day record of 125 lies in a total of 120 minutes.

Though it may be a milestone, flummoxed Americans are hardly celebrating.

.@RealDonaldTrump has now made more than 5,000 false or misleading claims as president, says the WashPost. They are… https://t.co/7aimudvgdH
— West Wing Reports (@West Wing Reports) 1536885953.0

Even if his lies stop increasing and the president maintained a steady 8.3 a day, Donald Trump will have made around 12,118 false statements by the end of his first term.

According to the Pulitzer Prize winning Politifact, nearly 70 percent of statements made by the president are false or misleading.

Some of his "greatest hits" are so blatantly false, they're insulting to the American people.

The claim that got the President to the 5,000 lie threshold related to a topic that he often uses falsehoods to discredit: the Russia investigation.

The president claimed that Special Counsel Robert Mueller's investigation into the possible conspiracy between the Trump campaign and the Russian government to influence the 2016 election was "just an excuse by the Democrats for having lost the Election!”

This is despite the fact that the U.S. government's intelligence agencies conducted the investigation and had high confidence in its accuracy.

The Russia investigation is not the only thing for which Donald Trump is blaming Democrats. He recently made the offensive claim that nearly 3,000 people didn't actually die in Hurricane Maria, whose effects resulted in the deaths of approximately 2,975 Americans in Puerto Rico.

Americans like Congressman Ted Lieu (D-CA) and Senator Elizabeth Warren (D-MA) are pointing out that the lie isn't just blatant. It's downright dangerous.

The problem with this statement by @realDonaldTrump on Puerto Rico is not just that it's a monstrous lie, it's that… https://t.co/fqihkYRNXF
— Ted Lieu (@Ted Lieu) 1536846144.0

@realDonaldTrump To lie and make a mockery of the good people of #PuertoRico is beyond despicable but not surprisin… https://t.co/iJluqPkBIu
— tara strong (@tara strong) 1536851447.0

With the increased frequency of lies comes greater boldness. It's hard to see that resulting in anything but harm to the American people.