Donald Trump's EPA Wants to Rescind Yet Another Obama-era Environmental Regulation, and People Are Crying Foul

This is not good for anyone. 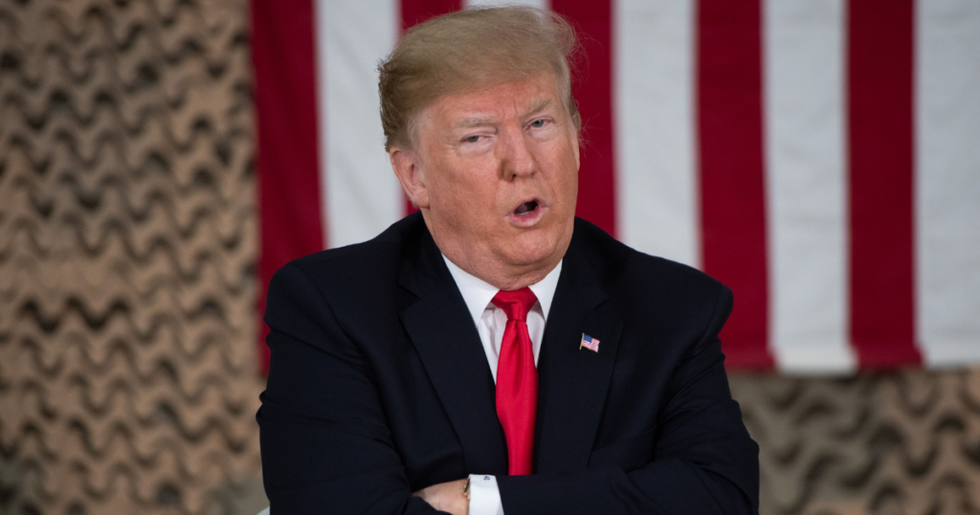 President Donald Trump's EPA took another swipe at Barack Obama-era environmental protections on Friday when the agency issued a proposal to lift limits on mercury pollution from coal plants.

President Barack Obama's environmental policies have been a favorite target of Trump and his scandal-ridden EPA, even as scientists are ringing the alarm bells over the immediate dangers emerging from a warming planet and an ecosystem struggling to adapt to human activity.

In its proposal, the EPA deemed the regulations as no longer “appropriate and necessary" and asked the public to weigh on whether the department can and should ease the rules.

The EPA is claiming the regulations are too costly compared to the benefits wrought from them. One would think that keeping mercury out of our air and water supplies would be universally favored, but here we are.

Mercury is extremely toxic when ingested and when its fumes are inhaled.

Bloomberg noted: "the costs of complying with the rule are projected at $7.4 billion to $9.6 billion annually, while monetized benefits are estimated to be just $4 million to $6 million each year."

On social media, people - including some members of Congress - are outraged over the administration prioritizing profits over public health.

Senator Tom Carper (D-DE), said the EPA is “setting a dangerous precedent that a federal agency charged with protecting the environment and public health will no longer factor in all the clear health, environmental and economic benefits of clean air policies, such as reducing cancer and birth defects."

Fred Krupp, President of the Environmental Protection fund, decried the EPA for the “stunningly immoral and completely unnecessary” risks the public would face if polluters are allowed to dump mercury into the environment.

The standards Krupp referenced fall under the Clean Air Act.

Billings, senior vice president of advocacy at the American Lung Association, also warned of the dangers the EPA's proposal poses.

“This entire proposal is designed to undermine the Mercury and Air Toxics Standards,” said Paul. “Asking for comment seems to open the door to finalize a rule that includes rescinding and/or delisting.”

The distances this administration will go to do the wrong thing are baffling.

@thehill I just don’t understand how anyone could support this? I mean even the miners have to live right next to this
— Pete McQuarter (@Pete McQuarter) 1546022874.0

@thehill Clearly they have never comprehended what the “Protection” part of their acronym stands for. This is sickening.
— Laurie Rogers (@Laurie Rogers) 1546022521.0

Coal is in decline, but that has not stopped Trump and his corporate henchmen from mounting a perilous assault on the environment in order to help fossil fuel interests make money.

@thehill Disgusting. This administration should have to pay for future damages to people’s health. The tiny savin… https://t.co/DBLq612RJC
— Sim Hart (@Sim Hart) 1546023119.0

This is not going to end well.