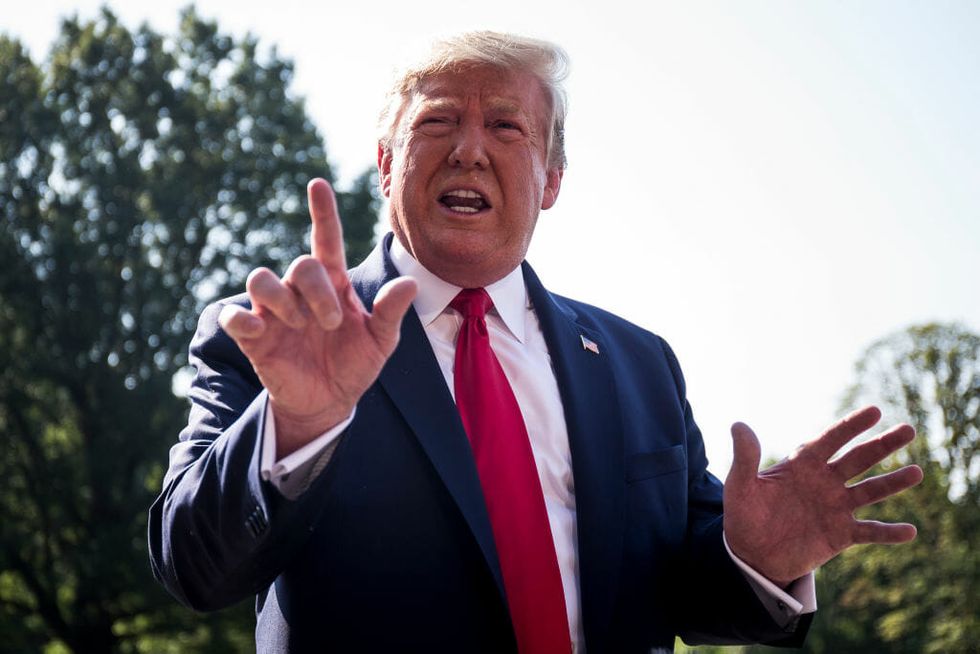 WASHINGTON, DC - AUGUST 07: President Donald Trump speaks to members of the press before departing from the White House en route to Dayton, Ohio and El Paso, Texas on August 7, 2019 in Washington, DC. Trump is will visit the two cities to meet with victims and law enforcement following a pair of deadly shooting attacks last weekend. (Photo by Zach Gibson/Getty Images)

After two horrific shootings in El Paso, Texas and Dayton, Ohio killed 31 people earlier this month, President Donald Trump visited the impacted cities as well as some of the medical facilities caring for the injured.

Trump wouldn't allow press to enter the hospitals because the visit was "not a photo-op" (it was), so a lot of what happened during the visit was left to Trump's word, however unreliable.

“The doctors were coming out of the operating rooms. There were hundreds and hundreds of people all over the floor. You couldn’t even walk on it.”

As some may have suspected, the medical center is straight up denying the claim that doctors were coming out of operating rooms.

“At no time did, or would, physicians or staff leave active operating rooms during the presidential visit. Our priority is always patient care.”

As for Trump sensationalizing his reception, this was just par for the course.