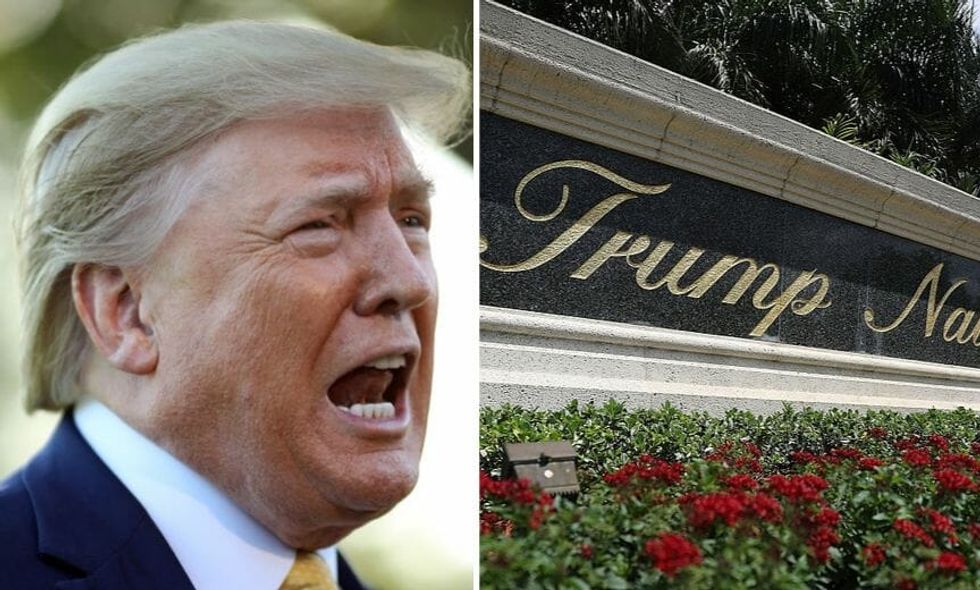 During a press briefing at the White House on Thursday, President Donald Trump's Chief of Staff, Mick Mulvaney, announced that the 2020 G7 Summit will be held at Trump National Doral Miami, shocking many that one of the most crucial international summits will be held at a resort owned by the President.

Trump had floated the possibility at the 2019 G7 summit in France this past August to massive outcry.

Watch Mulvaney announce the decision below.

Anticipating questions about the Emoluments Clause—which forbids a sitting President from using the Oval Office for profit—Mulvaney said:

"I think the President has pretty much made it very clear since he's gotten here that he doesn't profit from being here, he has no interest in profiting from being here...We'll be doing this at cost. As a result, it's going to be dramatically cheaper for us to do it at Doral compared to the other final sites that we had."

Mulvaney insisted that the administration looked at a dozen possible venues for the summit and found that Doral was the best, even assuring that one unnamed official said it seemed that Doral seemed almost built for that specific type of event.

The Chief of Staff continued to assure that Doral was the perfect place and could host the event for cheap.

Looking at the financial records of Trump Doral, however, others thought it was selected specifically because the President would profit from it. He took over $125 million in loans to buy Doral—to diminishing returns.

How bad does @realdonaldtrump’s Doral need this business? Look what’s happened there during his presidency. In ONE… https://t.co/AYs1PiLK8X
— David Fahrenthold (@David Fahrenthold) 1571335635.0

But—as Fox legal analyst Judge Andrew Napolitano points out—Trump doesn't have to profit from the event for it to be a violation of the Constitution.

The Constitution is clear: the President cannot accept gifts or payments from foreign governments. No one is above… https://t.co/w6GRuoZELx
— Nancy Pelosi (@Nancy Pelosi) 1571343286.0

"This is about as direct and profound a violation of the Emoluments Clause as one could create," Napolitano said.

At a time when Trump needs Republican fealty the most, he has created a wholly unnecessary stunt that his disgruntl… https://t.co/mcnKramWQL
— Tiana Lowe (@Tiana Lowe) 1571337440.0

"Doral" and "Emoluments Clause" have been trending on Twitter since the announcement.