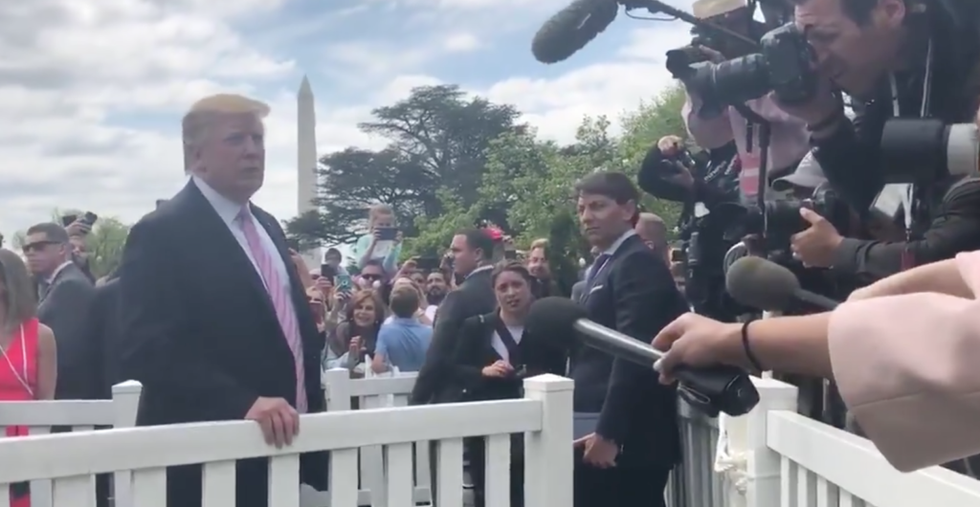 Though President Donald Trump and his allies are painting the recently-released redacted Mueller Report as a total exoneration of the President for conspiracy and obstruction of justice, the White House is still struggling to spin the more damning details listed in the report (which explicitly doesn't exonerate the president on suspected obstruction).

The report reveals multiple accounts of White House staff ignoring the President's more legally and ethically questionable orders. When asked about this by Kaitlan Collins of CNN, Trump said:

"No one disobeys my orders."

Despite Trump's assertion, multiple people are listed in the report as having disobeyed orders from the President.

People were quick to name names.

@realDonaldTrump One name: DON MCGAHN ... One of many who didn’t follow your orders! LOL #ITMFA #ObstructionOfJustice
— Tom Mangelschots (@Tom Mangelschots) 1555963674.0

Trump ordered McGahn to fire Robert Mueller, which McGahn refused to do, threatening to resign. McGahn later told another White House staff member that the President was asking him to do "crazy s--t" for him.

Despite Lewandowski not working for the White House, Trump asked his former campaign manager to persuade then-Attorney General Jeff Sessions to walk back his recusal. Lewandowski agreed to this before asking actual White House employee Rick Dearborn to deliver the message instead. According to the report, "Dearborn was uncomfortable with the task and did not follow through."

These two are far from the only instances officials ignored or refused to carry out orders from the President.

Many gleefully pointed this out.

Even Fox News, days earlier, pointed out those who didn't comply with the President, albeit while missing the point.

It's likely that Trump will double down on this claim despite it being demonstrably false, but we'll know more soon: the House Judiciary Committee just subpoenaed Don McGahn.