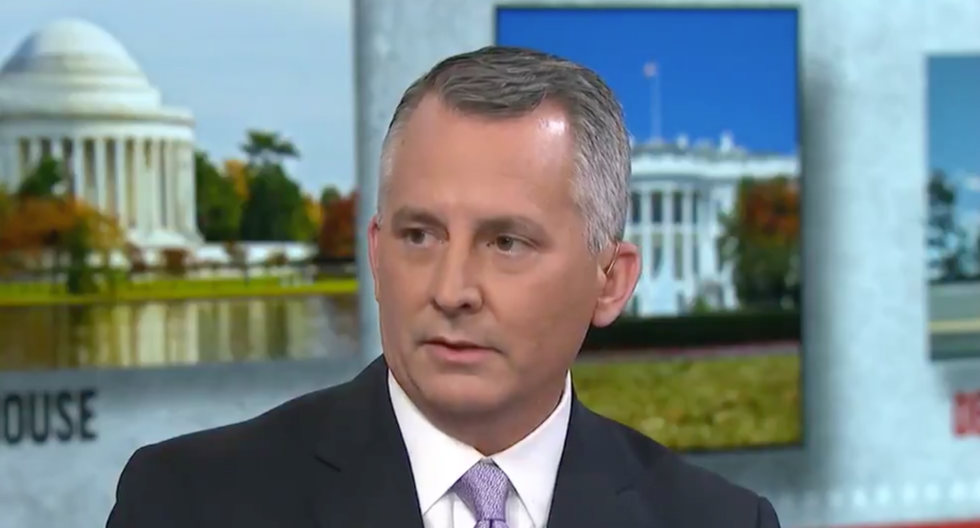 It's becoming more and more clear that President Donald Trump and his administration withheld Congressionally approved aid to Ukraine on the condition that its President, Volodymyr Zelensky, publicly open an investigation into Trump's potential 2020 opponent, former Vice President Joe Biden.

On Tuesday, Ambassador to the European Union Gordon Sondland amended his prior testimony to committees overseeing the impeachment inquiry against Trump to say that, yes, he did tell Ukrainian officials there was a quid pro quo: if they wanted the aid, the investigation would have to be announced.

It's a recent development that's going to make it even harder for Republican lawmakers to dodge the question of whether they believe it's okay to solicit a foreign government for help in influencing a United States election. Even before Sondland updated his testimony, Republicans were going to extreme lengths to avoid endorsing or denouncing the President's actions to reporters.

"These are, in today's Republican party, spineless politicians rotten to the core without virtue, without any level of human integrity, devoid of self respect, self reflection…Without courage and without the moral compass to recognize their own malevolence...There is no greater example of selling your soul to a charlatan than what Republicans are doing right now in the House and the Senate, and their legacies are on the line just as much as Donald Trump's."

Frustrated Americans agreed with the assessment, while thinking the ship had sailed for redemption through a widespread Republican mea culpa.

@DeadlineWH @laurajollyfl @DavidJollyFL @NicolleDWallace wow, David Jolly. I find it was very hard for you to say… https://t.co/g7hdFsf0xG
— shirley (@shirley) 1572917548.0